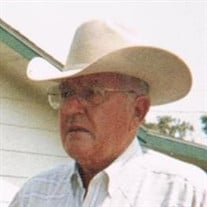 Wayne Edwin Mattern was born March 8, 1935 at Hyannis, Nebraska and passed away on Wednesday, June 30, 2021 at the Brown County Hospital in Ainsworth, Nebraska at the age of 86 years. He was the son of Don and Hazel (Burgess) Mattern, and was a brother to sisters Patricia Van Winkle and Judith Hearn. His grade school years were spent in the Burwell area and to his delight he spent the summer months with his grandparents, Harry and Anna Burgess, uncles, aunts and cousins at Ashby, Nebraska. This is where his love of horses and roping began. Wayne graduated from Burwell High School in 1953. He competed in local rodeos while still in high school. After graduating, he continued roping and training rope horses. Wayne married Maxine Ackles, his high school sweetheart in 1955. They lived in Chambers and O’Neill, Nebraska until moving to Ord, Nebraska in 1961. In 1966, they purchased their first place just north of Ord. Wayne was engaged in cattle and raising quarter horses and had several stallions standing at stud to the public. In 1998, Wayne and Maxine became semi-retired, and sold his cattle but kept his mares, stallions and rope horses. After selling their place at Ord, they purchased a new place at Ainsworth, where Wayne continued his horse business. During his lifetime, Wayne owned over 50 stallions and sold horses throughout the United States and Canada. He competed in rodeos his entire life in the Nebraska State Rodeo Association, the Mid-States Rodeo Association and in later years, the Senior Pro Rodeos. Wayne was honored to have owned and trained two rope horses that qualified to go to P.R.C.A. National Finals in calf roping, ridden by Lee Cockrell of Pampa, Texas and Chris Lybbert of Argile, Texas, going on to win the finals that year. He served as calf roping director for Nebraska State Rodeo Association, received the top honor of Nebraska State Open Calf Roper in 1973, and owned the 1983 AQHA High Point Halter Champion Stallion. In 2011, Wayne was inducted into the “Nebraska Sandhills Cowboy Hall of Fame.” Wayne was preceded in death by his grandparents, Harry and Anna Burgess, parents Don and Hazel Mattern, along with other family members. His survivors are wife, Maxine; sisters, Patricia and Judith; along with numerous nieces, nephews, cousins and his faithful canine companion, ‘Matti.’ Memorial Services were held on Friday, July 9, 2021 at Uncle Buck’s Lodge in Brewster with Pastor Marty Robbins officiating. Music was provided by Pastor Marty Robbins, “Come As You Are” and “How Great Thou Art”. Honorary Urn bearers were: Roger Kraus, Shane Pollard, Cody Smith, Brenda Bowers, Martin Moody and Dave Van Winkle. Memorials were suggested to the Johnstown Rodeo Bible Camp or to the family in Wayne’s name. Inurnment will be held at a later date in the Ord Cemetery in Ord, Nebraska. Hoch Funeral Home of Ainsworth was entrusted with the service arrangements.

Wayne Edwin Mattern was born March 8, 1935 at Hyannis, Nebraska and passed away on Wednesday, June 30, 2021 at the Brown County Hospital in Ainsworth, Nebraska at the age of 86 years. He was the son of Don and Hazel (Burgess) Mattern, and was... View Obituary & Service Information

The family of Wayne E. Mattern created this Life Tributes page to make it easy to share your memories.