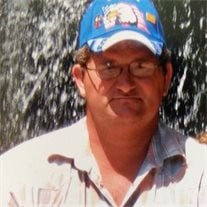 Troy Allen Schroder was born on March 25, 1972 to Darrold E. and Sally M. (Keller) Schroder in Atkinson Nebraska. Troy grew up in Newport, Nebraska and always had a love for animals, especially their pet bear Yogi and Jake the cougar. He went to grade school in Newport, then attended high school and graduated from Bassett, Nebraska in 1990. Soon after graduation, Troy moved to Millboro, South Dakota where he worked for Grossenberg Implement. He then joined the Army where he earned badges for Sharpshooter in rifle M16 and hand grenade as well as a National Defense service medal. Following a medical discharge in 1995, he returned to South Dakota where he raised exotic animals and had a previous marriage which blessed him with two wonderful children, Keely and Keagan. In 2002, Troy moved to Ainsworth, Nebraska where he met the love of his life, Katrina whom he married in 2004. Troy enjoyed fishing with his kids and grandchildren, raising animals at the pet store, competing in tractor pulls, and doing mechanic work. Troy passed away on February 1, 2014 at the Good Samaritan Hospital in Kearney, Nebraska. He is preceded in death by his mother Sally, paternal grandparents, and maternal grandfather. He is survived by his wife Katrina, Grandmother Edith Keller, of Bassett; father, Darrold Schroder and wife Ruby of Newport; brother, Wayne Schroder and wife Tanya, of Stuart, Nebraska; sons, Keagan Schroder and Andy Davis of Ainsworth; daughter Keely Vincent of Pierre, South Dakota; aunts, uncles, nieces, and nephews. His secondary family includes, Ira and Deann Haley of Ainsworth, Crystal Parker, Tony Dunbar, Sherri Turner, all of Ainsworth, Loretta Turner of Columbus, Robert Parker of Ainsworth, Roy and Marti Turner, of Comstock and 17 grandchildren. Memorial Services were held on February 8, 2014 at the Assembly of God Church in Ainsworth, Nebraska with Pastor Gary Graesser officiating. Special CD selections of "Heaven Was Needing A Hero" and "Going Home" were provided. Music was provided by Kathy Bennett with a special selection of "Amazing Grace" as well as a congregational selection of "How Great Thou Art" was also being provided. Honorary bearers were, Keagan Schroder, Wayne Schroder, Andy Davis, Ira Haley, Rob Parker, and Tony Dunbar. A Military Flag presentation was given by the Ainsworth American Legion Post #79. Inurnment will be held at a later date. In lieu of flowers, memorials are suggested to the family for future designation. Hoch Funeral Home of Ainsworth, Nebraska was in charge of the arrangements.

Troy Allen Schroder was born on March 25, 1972 to Darrold E. and Sally M. (Keller) Schroder in Atkinson Nebraska. Troy grew up in Newport, Nebraska and always had a love for animals, especially their pet bear Yogi and Jake the cougar. He went... View Obituary & Service Information

The family of Mr. Troy Allen Schroder created this Life Tributes page to make it easy to share your memories.