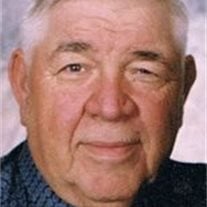 Russell Oren Dodd, eldest son of Floyd "Irish" Russell Dodd and Cleo Alberta (Jackman) Dodd, was born in Ainsworth, Nebraska on January 31, 1943, and passed away on July 6, 2015, at Parkside Manor in Stuart, Nebraska, at the age of 72. He attended elementary school in rural Brown County and graduated from Ainsworth High School in 1961. He played football and graduated from Norfolk Junior College in 1964 with Associates in Arts degree in Business Administration (Major) with Accounting and Math (Minor). He then graduated from Colorado State College in Greeley in 1966 with a Bachelor of Arts degree. During his tour of duty at Fitzsimons General Hospital, he met and married Joeleen Annette Mishler on December 29, 1967, in Denver, Colorado. They were blessed with three children; daughter Michelle Joli, and sons Timothy Oren, and Stephen Russell. Following his discharge from the Army in 1968, he managed a Burger Chef in the heart of downtown Denver until he and his growing family relocated to Long Pine in 1971. He loved being with friends and was honored to serve his community as a School Board Member (1974 - 1982); Mayor (1987— 1994); Nebraska Cooperative Government (23 years); Chairman KBR Solid Waste Committee (2 years); Commander American Legion Post #260 (2 years); Director of Brown County Ag Society (11 years); and as a Brown County Commissioner (4 years). His greatest love was Nebraska football, but as a father of three growing children, his attention turned to summer baseball. He traveled from town to town with the team in the blue station wagon and loved it when an opposing team member would shout, "Back up! It's a girl!" The infamous triple play with Michelle playing third was one of many highlights in his life. Then there were basketball games with Tim and football games with Stephen, where he worked the "chain gang". He farmed, carried mail and worked as a custom butcher. Deer seasons with his sons brought him joy. He is preceded in death by his parents and brother, William Ray Dodd. He leaves to mourn his passing his wife Joeleen, daughter Michelle Egr and fiancé Ernie Schafersman of Schuyler, NE, son Timothy and wife Marcy of York, NE, and son Stephen and wife Kelli of Lincoln, NE. Eleven grandchildren, Daniel, Nate, Katarina, Kortney, Brock and Samuel, Ashlynn, Kyle, Jadyn, Owen and Logan. Brother, Joe and wife Tawn of Johnstown, NE, numerous cousins, nieces, nephews and friends.

Russell Oren Dodd, eldest son of Floyd "Irish" Russell Dodd and Cleo Alberta (Jackman) Dodd, was born in Ainsworth, Nebraska on January 31, 1943, and passed away on July 6, 2015, at Parkside Manor in Stuart, Nebraska, at the age of 72. He attended... View Obituary & Service Information

The family of Mr. Russell Oren "Russ" Dodd created this Life Tributes page to make it easy to share your memories.