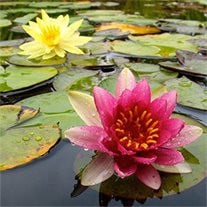 Roseann B. "Ann" Wales, passed away on May 28, 2014 at the Brown County Hospital in Ainsworth, Nebraska, at the age of 83 years. She was born on October 4, 1930 at the family ranch on the Dismal River near Dunning, Nebraska to Lloyd and Lucy (Wilkinson) Wescott. Ann grew up in Blaine County, graduating from the Brewster High School. She was united in marriage to Francis "Fred" Wales on November 26, 1948 at Dunning. To this union two sons were born, Greg and Gale and an infant daughter, who died at birth. In 1950, Ann and Fred purchased the ranch in South Brown County where they ranched with their sons. Ann moved to Cottonwood Villa in Ainsworth in November of 2011 and lived there until her passing. She was a busy ranch wife, gardening, canning, and cooking for hired men. She also helped Fred with outside work when needed. Ann also served on the local school board and was a charter member of the Brown County Historical Society. She loved raising flowers and was an avid knitter, making sweaters and other garments for family and friends. Ann was preceded in death by her parents, three brothers, husband, Fred, infant daughter, and grandson-in-law. She is survived by two sons, Greg and wife Charlotte Wales of Ainsworth and Gale Wales of Ainsworth; Grandchildren, Angie Neal and husband Craig of Livingston, Montana, and Collin Wales and wife Teresa of Osmond, Nebraska; seven great-grandchildren; sister, Cecelia Backlund of Warwick, Rhode Island; sisters-in-law, June Wescott of Brewster, Nebraska, Betty Wales of Ainsworth, Betty Peterson and husband Jim of Alaska, and Dorothy Wales of Millboro, South Dakota; along with nieces, nephew, cousins and friends. Funeral Services were held on June 2, 2014 at Hoch Funeral Home in Ainsworth with Pastor Eldon Davis officiating over the service. Music was provided by Mike and Linn Baxter with special song selections of "On The Wings of A Dove" and "A Pair of Wings Awaiting" sung by Mike. Casketbearers were: Ken Smith, Ron Pinney, Jim Pinney, Scott Flannery, Roland Paddock, and Allan Jameson. Honorary Bearers were: All of Ann's other friends and neighbors. Memorials were to be made to the donor's choice.

Roseann B. "Ann" Wales, passed away on May 28, 2014 at the Brown County Hospital in Ainsworth, Nebraska, at the age of 83 years. She was born on October 4, 1930 at the family ranch on the Dismal River near Dunning, Nebraska to Lloyd and Lucy... View Obituary & Service Information

The family of Mrs. Roseann B. (Wescott) "Ann" Wales created this Life Tributes page to make it easy to share your memories.