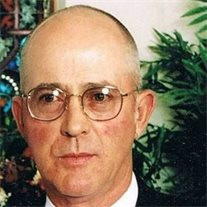 Roger Allen McCoy, 72, of Ainsworth, passed away Tuesday, January 9, 2018 at the Brown County Hospital after a lengthy illness. Roger was born December 5, 1945, the only child of Victor Allen and Martha Rose (Morrow) McCoy at the Ainsworth Hospital. Roger spent most of his formative years living with his grandparents, Clyde and Rachel McCoy, south of town on their farm until he was of school age, while his parents worked in town. He attended school at Ainsworth and graduated with the class of 1964. He was a good athlete and participated in baseball, football, basketball and track, including pole vaulting. Roger was one of the four tracksters that brought home the state gold medal for the Class B 4x440-yard relay in 1964. Roger began his interest in building and engineering early in life as he often rode with his father, who worked for the Nebraska Department of Roads and maintained the road north of town up through Meadville. In junior and senior high, his love of ranching was flamed by summer jobs at the Lyle Williams Ranch from 1959-1964 where he spent many hours with good friends putting up hay and making fond memories. Roger worked for the Nebraska Department of Roads in Ainsworth in the summers of 1965-1967. Upon high school graduation, Roger attended South Dakota School of Mines and Technology where he graduated in 1971 with a Bachelor of Science Degree in Civil Engineering. Following graduation he was stationed at Fort Belvoir, Virginia, where he completed the Army Engineer Officer Basic Course. He continued to serve in the reserves until 1979 and was honorably discharged with the rank of Captain. On April 13, 1968, Roger married Jo Lynn Giles of Ainsworth, Nebraska. They made their home in rural Ainsworth and together they had two children, Roxy Lynn and Elisha James. After the Army, Roger and Jo came back to Ainsworth and Roger began to work for his father-in-law and became a steward of the land. Raising cattle, putting up hay and fixing most anything mechanical was a life he dearly loved. For the last eighteen years, he had the pleasure of working alongside his son, James, as well. Whenever anyone asked him why he didn't retire, he always replied, "Because I like taking care of things!" Roger liked to hunt and fish and was always on the lookout for new fishing holes for his kids and grandkids. Baseball was a favorite of his, and he traveled to many games, proud to watch his son play. He enjoyed tinkering and repairing and could fix just about anything. He often said, "If a guy can make something, I ought to be able to take it apart and fix it." He purchased the Model A John Deere tractor he spent summers haying with and restored it as a sweep, using it to put up hay. Roger enjoyed animals of all kinds and had a soft spot for cats. He was known for his jokes and stories and could always put a smile on someone's face. He was quick to offer a helping hand and share his talents with others. He found great pride in both his children and was a special grandpa. He was a member of the American Legion Post 79. Roger is preceded in death by his parents, Vic and Martha; mother-in-law, Bonnie Giles; son-in-law, Korey Schow; and two brothers-in-law, Mike Giles and Jerry Nance. He is survived by his wife, Jo of Ainsworth, and two children, Roxy Schow of Paxton, Nebraska and James (Mandy) McCoy of Ainsworth; two grandchildren, August McCoy Schow and Ruby Eva Schow of Paxton; father-in-law, Joe Giles of Ainsworth; sisters-in-law, Karen Nance of North Platte, Nebraska, Marcia (Rod) Speck of Gothenburg, Nebraska and Erin (Terry) Allen of Ainsworth; and five nephews and one niece. Services were held at the United Methodist Church in Ainsworth, Saturday, February 3rd, 2018 with Pastor David Randall officiating. Music was provided by Linn Baxter. I'll Fly Away","Swing Low, Sweet Chariot," and "The Little Brown Church in the Vale," were sung by the Barkman, Ensz, Nightingale and Wiebe families. Special tributes were given to Roger. Honorary pallbearers were all of Roger's friends and family. Military honors were conducted by the Ainsworth American Legion Post 79. Memorials have been suggested to the family for future designation. Inurnment will be held at a later date.

Roger Allen McCoy, 72, of Ainsworth, passed away Tuesday, January 9, 2018 at the Brown County Hospital after a lengthy illness. Roger was born December 5, 1945, the only child of Victor Allen and Martha Rose (Morrow) McCoy at the Ainsworth Hospital.... View Obituary & Service Information

The family of Roger A. McCoy created this Life Tributes page to make it easy to share your memories.