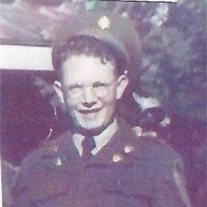 Richard John Seadore was born April 17, 1929, at Stamford, Jackson County, South Dakota to John and Ella Seadore. He was the first living child of a family of 10. At a young age his parents moved him to Milaca, Minnesota, the home of his Mother's... View Obituary & Service Information

The family of Mr. Richard John Seadore created this Life Tributes page to make it easy to share your memories.