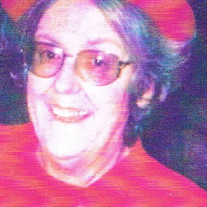 Patricia (Wabs) Halbersleben passed away in her sleep at her home in Ainsworth, Nebraska, on June 22, 2018 at the age of 72. She was born on March 2, 1946 in Atkinson, Nebraska, the daughter of Francis Wabs and Leona (Dickau) Wabs. Patricia was raised on a farm outside of O’Neill, Nebraska and in high school attended the Assumption Academy in Norfolk, Nebraska. She attended Lincoln School of Commerce,in Lincoln, Nebraska, earning an Associate Degree. In Lincoln, she met John Halbersleben from Broken Bow, Nebraska. They married on May 24, 1969 in Lincoln. John enjoyed working in agricultural banking, which led them to live in Purdum, Nebraska for several years. There she became a mother to two daughters and a volunteer E.M.T. They later moved to Ainsworth, Nebraska where Patricia continued to be a devoted wife and mother. She enjoyed decorating, painting, politics, and antiques. When going to the casino or someplace else she would be spotted wearing a hat or something that sparkled. She had a unique and strong personality, which would serve her well being one of the few Democrats in Brown County. Patricia is survived by her husband John, as well as her two daughters, Dana Halbersleben (McHugh), Steve McHugh, son-in-law, and grandchildren Patrick and Brian McHugh, all of Council Bluffs, Iowa and Kris Halbersleben of Portland, Oregon. Surviving siblings include Rosalie Wabs of Longmont, Colorado, Michael Wabs of Kansas City, Kansas, Carole Nelson of Ft. Sumner, New Mexico, and her twin, Susan Ayers of Longmont, Colorado. She was preceded in death by her older brother, Brent Wabs, of Philadelphia, Pennsylvania. She is also survived by numerous nieces and nephews. A Memorial Visitation was held at Hoch Funeral Home in Ainsworth, on June 27, 2018. A time of sharing special memories was held. A private family inurnment took place on June 28, 2018 at the East Park Cemetery in Ainsworth. Hoch Funeral Home of Ainsworth assisted with the arrangements.

Patricia (Wabs) Halbersleben passed away in her sleep at her home in Ainsworth, Nebraska, on June 22, 2018 at the age of 72. She was born on March 2, 1946 in Atkinson, Nebraska, the daughter of Francis Wabs and Leona (Dickau) Wabs. Patricia... View Obituary & Service Information

The family of Mrs. Patricia L. (Wabs) Halbersleben created this Life Tributes page to make it easy to share your memories.

Patricia (Wabs) Halbersleben passed away in her sleep at her...