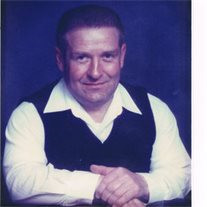 Otto Gerald "Shorty" Schipporeit, 82 Gerald "Shorty" Schipporeit, the second of six children, was born March 31, 1935, to Otto G. and Sarah Esther (Athey) Schipporeit at Brewster, NE. He died March 8, 2018, at the Good Samaritan Hospital in Kearney, NE. Gerald started school at the one-room German Valley School, and, when the family moved south of Ainsworth, attended Ainsworth Elementary School till the sixth grade. The family moved to the Valentine area where he attended Zion Lutheran School for the seventh and eighth grades, and graduated from Valentine High School with the Class of 1953. His father died that same spring, and the family returned to Ainsworth. After a year of leg surgeries and recuperation, he attended the University of Nebraska College of Agriculture, receiving a Bachelor's Degree in 1958. He then attended a year of range management classes at the University of Wyoming in Laramie. Returning to Ainsworth, Gerald worked at the Ainsworth Livestock Barn for Roy Aten and Ern Larsen and Coash, Inc. in Bassett. He was a talented mechanic who could make or repair almost anything. His interest in Ag equipment began when, during his senior year in high school, he worked at Mullen Equipment Co. in Valentine. He returned to that kind of work in Ainsworth as a parts man at several implement dealers, usually John Deere dealers. During his time at Raymond Implement, he not only enjoyed the work place, but his boss, Jack Raymond, became a valued friend. Gerald retired in 2000. He served for years with the Ainsworth Volunteer Fire Department and the early Ainsworth Ambulance Service. He was an initial member of the Brown County Ambulance Association the EMT training class. "Shorty", Everett and Judy Densberger usually served together as a three-man team on ambulance calls. His service with these groups gave him a great deal of enjoyment and a feeling of brotherhood with his fellow volunteers. The firemen showed their regard for Shorty" by selecting him as Fire Chief. This was one of the things he was most proud of. He was baptized and confirmed in the Lutheran faith and was a long-time member of the Zion Lutheran Church of Ainsworth. He was preceded in death by his parents, his older sister, Patricia Neujahr and a brother, Robert Schipporeit. He is survived by a sister, Carolyn Schipporeit of Ainsworth, brothers, Richard (Iree McNally) Schipporeit of Ainsworth and Don Schipporeit of Long Pine, NE; sister-in-law, Illa Schipporeit of Lakewood, CO; nieces and nephews. He will be missed by those he lived, worked and served with who appreciated his diligent and cheerful manner. Memorial services were held on March 14, 2018 at the Zion Lutheran Church in Ainsworth, NE with Pastor Georg Williams officiating. Music was provided by Georgia Williams, with the hymn selections of "Just As I Am," and "What A Friend We Have In Jesus" being sung. Honorary bearers were all of Shorty's former fellow firemen and ambulance crew members. Inurnment followed in the Lutheran cemetery near Ainsworth with a Bell Service by members of the Ainsworth Volunteer Fire Department. Memorials contributions were suggested to the Zion Lutheran Church or to the Ainsworth Fire Department in his name. In addition to Gerald's committal services at the Lutheran Cemetery, the ashes of Robert Schipporeit were honored and inurned. Hoch Funeral home of Ainsworth was in charge of the service arrangements. Online condolences may be given at www.hochfuneralhome.com.

The family of Mr. Otto Gerald "Shorty" Schipporeit created this Life Tributes page to make it easy to share your memories.