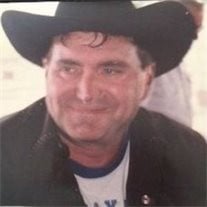 Retired Major Michael Kurtz Clapper "Mick" passed away at his home in Ainsworth, Nebraska July 29, 2017. Mick was born in Omaha, Nebraska to Jack and Francina (Kurtz) Clapper on August 24, 1945. He joined the United States Air Force at age 17 upon graduating high school and was trained in intelligence. His initial duty station was Alaska where he first discovered boxing and won the State Golden Glove championship. Mick survived the Great Alaska Earthquake of 1964 and, when off duty, he volunteered aid in the aftermath. In 1965 Mick volunteered for Viet Nam and served two tours of duty during the war. Upon honorable discharge from the Air Force, Mick returned home, enrolled in college and joined the ROTC. He graduated from UNK with degrees in Business Administration and Accounting. Mick was commissioned as a Second Lieutenant and joined the National Guard while working with several businesses in the Nebraska area. After serving guard duty in Nebraska, Mick taught ROTC at the University of Nevada Reno, was stationed at the Presidio Army base in California, and served at the Army National Guard base in Fort McCoy Wisconsin, assisting in the operational planning of Operation Desert Storm. His last duty assignment and command was with the USA Command & General Staff College in Fort Leavenworth, Kansas. Mick personified the spirit of a true Patriot as a Soldier serving his Country, when instructing "his kids" in the guard and the ROTC and when commanding troops in the service of their country. He treated with respect those with whom he came in contact and was honored, loved and respected in turn. Mick was preceded in death by his father and mother, his brother Jack and his nephew Cory. He is survived by a brother, Dan (Sandy) of Johnstown, Nebraska; sisters, Lois Hall of Denver, Colorado, Janet Shaul (Monte) of Oshkosh, Nebraska, Denise Robbins (Dennis) of Alliance, Nebraska; 14 nieces and nephews, 31 great-nieces and great-nephews and four great-great-nieces and great-great-nephews. Memorial services were held on Friday, August 11, 2017 at the Zion Lutheran Church with Pastor Georg Williams officiating at the service. Music was provided by Georgia Williams. Congregational Hymns were: "Amazing Grace" and "Jesus Loves the Little Children." Great-nephew, Grant Robbins also accompanied Georgia Williams on the selection of "Amazing Grace." Great-nieces and great-nephews sang "Jesus Loves Me." A bagpipe selection of "Amazing Grace" was played as the recessional song. Honorary bearers were: Roudy Clapper, Lance Philben, Shane Clapper, Michael Gomez, Patrick Gomez, Tyson Shaul, Bill Boness, Ian Robbins, Jeremy Robbins, and Dennis Robbins Jr. Inurment followed at the Ainsworth Cemetery with Military Honors being provided by the Ainsworth American Legion Post #79. In lieu of flowers, memorials were suggested to the Ainsworth Volunteer Fire Department or to the Zion Lutheran Church of Ainsworth. Hoch Funeral Home was in charge of the arrangements.

The family of Mr. Michael Kurtz "Mick" Clapper created this Life Tributes page to make it easy to share your memories.

Retired Major Michael Kurtz Clapper &quot;Mick&quot; passed away at his...