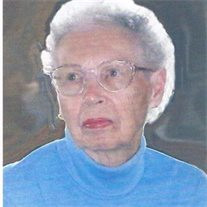 Mary Elizabeth Kent was born to William J. and Julia B. (Brosnihan) Taylor on September 3, 1923 at Sutherland, Nebraska and passed away on December 30, 2015 at her home in Ainsworth Nebraska at the age of 92 years. Her early childhood was spent in the Platte Valley area on ranches at North Platte and Stapleton, Nebraska, and then the purchase of a ranch in the Goose Creek Valley of the Sandhills of Nebraska, with her final home place being north of Johnstown, Nebraska, on the Norden Road, (now owned by Arvin and Joyce Schmidt.) Mary graduated from Johnstown High School in 1942 after which she helped run the family ranch. Mary joined the United States Army in 1944, serving in the Women's Army Corps with the 1560th Service Command Unit WAC, achieving the rank of Tech 4. She was an intelligence clerk at Arlington Hall Station in Arlington, Virginia, until her discharge in 1946. She received the American Theatre Campaign Ribbon, Good Conduct Medal and the Victory Ribbon. After WWII ended, Mary began employment with Don Higgins' Air Service at our local Ainsworth Community Airport. She was also the "weather lady" recording hourly temperatures and precipitation for the National Weather Service for over 20 years. While working at the airport, a life-long friendship was formed with David "Rocky" Johnson of Johnstown, Nebraska. During his high school years, David was employed at the airport as a line boy and is now a successful pilot. Mary looked forward to his weekly phone calls. Mary was married to John Absolom Kent on July 2, 1968 at Burke, South Dakota. John was the love of Mary's life and he treated her like a queen, doing all the shopping and cooking as Mary preferred gardening and caring for her rose bushes. In 1969, a newly married couple, Wes and Shari Luther became John and Mary Kent's neighbors. The friendship has lasted through many happy and sad events. They always said, "Wes and Shari were their family", as they had no children of their own, and they attended their family functions and holidays. They thought of the Luther kids as their grandkids. John passed away on March 9, 1999, leaving a void in Mary's life. Friends, Ramona Kamas and Delores Stec invited her to their afternoon coffee group at Big John's Café. Their weekly trips to the Rosebud Casino also brought Mary a lot of enjoyment. Sally Carpenter also came into Mary's life as a good friend, driver, and housekeeper, when her health began to fail. With Sally and Shari's help, Mary was able to stay in her home as wished, until her death. Mary was preceded in death by her husband John, parents, Will and Julia Taylor and brother, Gene J. Taylor. Survivors include, close family friends, David and Cheryl Johnson of Edgewood, New Mexico; Wes and Shari Luther of Ainsworth; Wade and Michelle Luther of Lincoln, Nebraska, Cody Luther of Ainsworth, Angie Hunter and Chase Luther of Howells, Nebraska; Suzi and Merrill Matchett, Trinity, Amanda and Maggie all of Linwood, Nebraska, and Wayne and Sally Carpenter of Ainsworth. Nieces, Marilyn (Bill) Byrne, and Nancy Campbell all of Texas, and nephews, Steve and Tim Kent of Idaho. Mary had a deep faith as a devout Catholic, and when unable to attend church she watched Mass on her television. A Memorial Mass of Christian Burial was held on February 20, 2016 at the St. Pius X Catholic Church in Ainsworth with Father Phil Flott as Celebrant. Lectors were Wes and Shari Luther. Altar Servers were Ben Flynn and Caleb Allen. Music was provided by Nichole Flynn. Special song selections of "Be Not Afraid," "Amazing Grace," and "On Eagle's Wings" were provided. Military Honors were conducted by the Ainsworth American Legion Post #79 with the inurnment of Mary next to her beloved Johnnie at the Ainsworth South Cemetery. Arrangements were handled by Hoch Funeral Home of Ainsworth. Memorials are directed to the St. Pius X Catholic Church.

Mary Elizabeth Kent was born to William J. and Julia B. (Brosnihan) Taylor on September 3, 1923 at Sutherland, Nebraska and passed away on December 30, 2015 at her home in Ainsworth Nebraska at the age of 92 years. Her early childhood was spent... View Obituary & Service Information

The family of Mrs. Mary E. (Taylor) Kent created this Life Tributes page to make it easy to share your memories.

Mary Elizabeth Kent was born to William J. and Julia B. (Brosnihan)...