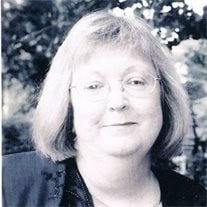 Lesa Fern Carlson was born Feb. 24, 1961 to Cecil Martin and Margaret Elizabeth (Jackson) Carlson in Ainsworth, NE. She joined three sisters, Janice, Judy and Mary Jeanne. She started her childhood on the family dairy farm on the north edge of town. The family later moved into town and lived in the house her Grandparents had owned on 5th Street. At the age of 5 she was diagnosed with Type I diabetes. Her childhood was not confined by her illness but resulted in many trips to doctors, a premonition of her future. She obtained her GED from Ainsworth High School. In 1979 she married Michael Rudnick at the Congregational Church at the age of 18. In 1980 a son was born, Daniel Michael. Lesa provided daycare for what would be Dans' classmates and friends for many years. She also worked in a landscaping business until an opportunity to work as a Medication Aide at an assisted living facility, Cottonwood Villa, came along. She worked until her rheumatoid arthritis was diagnosed and affected her ability to provide care for the residents. On February 7, 2005, a son was born to Dan and Corey Rudnick in Lincoln, an event that later on was her reason for fighting to survive. In early 2010, Lesa's health began to decline. In September it was discovered that her kidneys were beginning to fail and she began the arduous and timely treatment of dialysis. She traveled to Valentine 3 times a week, along with numerous trips to Omaha and Lincoln, for her treatments and many subsequent surgeries. Lesa was blessed to have an enormous support system of family, friends and community members that volunteered their time to take her to her appointments so that Mike could continue to work. In early 2011, it was discovered her heart had developed problems, which required a quadruple bypass in the fall of 2012. Lesa underwent testing in Omaha for getting on the Kidney Transplant list, but was told her health was not good enough to survive the surgery. She later applied in Sioux Falls for testing, but it was at this time her health deteriorated further. She suffered from intense pain in her limbs, thought to be arthritis complications. On Monday June 16, 2014 she suffered a cardiac event at home, which resulted in her transport to Norfolk and later that day to Sioux Falls, SD. Another Cardiac event on Tuesday resulted in the diagnosis of circulatory problems in her hands and feet along with damage to her heart. On Thursday June 19, she was advised that no further surgeries could help her, and that further dialysis would only compound her declining health. On Friday she was transported back to Ainsworth for Hospice care at Brown County Hospital. Early Sunday morning June 22, 2014, after having spent time with Mike, Dan and Jess, along with family and friends, Lesa passed from her world of pain and suffering to a place of serenity and peace in her sleep with Mike at her bedside. Her leaving created a void in many places, but memories of her will live on. Preceding Lesa in death are her grandparents, and parents, Cecil and Margaret Carlson. Lesa is survived by her husband, Michael Rudnick of Ainsworth; son, Daniel Rudnick and wife, Corey of Lincoln, Nebraska, one grandson, Jess Rudnick; sisters, Jan Weiss of Ainsworth, Judy Glassburner and husband, John of Geneva, Nebraska, Mary Jean Graesser and husband, Rusty of Spearfish, South Dakota; aunt, Margaret Helen Reed of Andrew, Iowa; along with nieces, nephews and cousins. Funeral services were held on Thursday, June 26, 2014 at the Congregational United Church of Christ in Ainsworth, Nebraska, with Pastor Neva Murphy and Pastor Bruce Beebout officiating the service. Music was provided by Marjorie Wilkins with song selections of "How Great Thou Art", "In The Garden", "Old Rugged Cross" and "Amazing Grace being provided." A special CD selection of "Redwing" was also played. Pallbearers were, Chris Preble, Clark Preble, Doug Weiss, Mike Freeman, Jared Rudnick and Heath Rudnick. Honorary bearers were, Joshua Grasser, Craig Preble, Riley Rudnick, and all of Lesa's Dialysis drivers. Inurnment will be held at a later date. In lieu of flowers, memorials were directed to the family for a future designation. Hoch Funeral Home of Ainsworth was in charge of the arrangements.

The family of Lesa Fern (Carlson) Rudnick created this Life Tributes page to make it easy to share your memories.