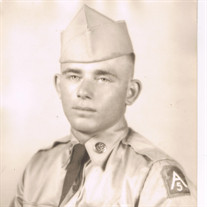 Kenneth Eugene Giles was born May 18th, 1939 to Everett and Ida (Johnston) Giles in Broken Bow, Nebraska, and passed away on January 7th, 2019 in his home at Elsmere, Nebraska. He was the second oldest of a family of seven children. Kenneth was raised on his family ranch in Elsmere. He started school at Cottonwood, where he attended for one year. He then finished elementary school at District #101 Middle School near Elsmere. He then attended high schools in Halsey and in Lincoln, Nebraska through the 10th grade. Kenneth joined the Army National Guard at age 19. He spent his time in Fort Chaffee, Arkansas and Fort Leonard Wood, Missouri. In September of 1964, Kenneth was discharged with honest and faithful service. In 1963, Kenneth eloped with Ardis Ann Olson of Ashland, Nebraska. They went to the Vermillion, South Dakota court house to exchange their vows. They made their homes at various jobs until they bought a small farm at Ceresco, Nebraska in 1971, later selling that farm to move to the home place in Elsmere to ranch. Kenneth always said "I am NOT a farmer"!!!! To this union they were blessed with two children, Richard Roy and Julie Ann. Both children married and started having kids, Kenneth was so pleased to have his grandchildren around. As the grandkids grew older, he loved to tease and pick at them...and YES...they could all hold their own. You could definitely see the Giles come out in them. He was excited to meet his first great-grand child in March. For many years the Elsmere Store bowling league was a part of Kenneth's weekly ritual. He loved getting together with the neighbor fellas and heading to Ainsworth to compete. Many good stories were hashed out on those lanes. He was a member of the local volunteer fire dept, an area EMT, he loved reading history of the area Sandhills, and he also enjoyed an occasional golf game. Kenneth loved admiring his cows in the Kubota side-by-side with his dog Riley. They were seen regularly cruising the Elsmere road waiting for the mailman. He was a collector of John Deere memorabilia, including life-size and toy tractors. Hauling hay with his 4450 John Deere was one of his favorite jobs on his ranch. He really enjoyed his new John Deere puzzle he received every Christmas. Kenneth was preceded in death by his parents Everett and Ida; brother, Craig; and an infant sister Patty. He is survived by the love of his life, Ardis of Elsmere; son Richard (Kristi) Giles of Halsey; daughter Julie (Corey) McFadden of Elsmere; grandchildren Jacki (Kevin) Shelbourn of Nenzel, Nebraska, Chance Giles of Halsey, and Nate and Kadi McFadden both of Summerset, South Dakota. He is also survived by his sisters, Yvonne (Bob) Cox of Purdum, Nebraska, Vicky Terwilliger of McCook, Nebraska, and Barbara (Myron) Nilson of Springview Nebraska; a brother, Ryland (Norma) of Ceresco; along with many nieces, nephews, cousins, neighbors, and friends. Funeral Services were held at the Elsmere Bible Church in Elsmere, Nebraska on January 11, 2019 with Pastors Les Canfield and John Schere officiating at the service. Music was provided by Pastor Les and Shareen Canfield singing the special song selections of “Where The Roses Never Fade” and “Old Rugged Cross.” The congregational selection was “Church in the Wildwood.” Casketbbearers were: Kim Cox, Bryon Cox, Brent Giles, Dan Carson, Roger Stewart and Ted Keys. Honorary Bearers were: All of Kenneth’s neighbors and friends. Burial followed in the Giles Cemetery at Elsmere. Hoch Funeral Home of Ainsworth was in charge of the arrangements. Memorial direction: In lieu of flowers, memorials are suggested to the Elsmere Bible Church or to the Halsey/Purdum Service Club.

Kenneth Eugene Giles was born May 18th, 1939 to Everett and Ida (Johnston) Giles in Broken Bow, Nebraska, and passed away on January 7th, 2019 in his home at Elsmere, Nebraska. He was the second oldest of a family of seven children. Kenneth... View Obituary & Service Information

The family of Mr. Kenneth E. Giles created this Life Tributes page to make it easy to share your memories.