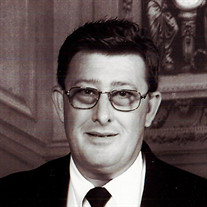 Johnny Ray Brown was born on January 29, 1957 in Phillipsburg, Kansas to Alvin Ray and Dora Marie (Watkins) Brown. Johnny passed away at his home in Long Pine, Nebraska on September 6, 2021. The first few years of his life he spent with his parents in Phillipsburg. Shortly after his brother Gary was born, he and his family moved to McCook, Nebraska. In 1961, John received another sibling in his life, his sister Gina. John went to McCook Public Schools until he graduated in 1976. He then worked at Anderson Motors as a mechanic. On November 1, 1980 he married Marta Seiter and to this union was born Jocelyn Marie and Johnny Ray. John also adopted Marta’s daughter, Mellisa Dawn. After living a few years in McCook, John moved with his family to Winfield, Iowa. He and his wife separated sometime later and John moved to Falmouth, Massachusetts. There he worked as a machinist for the company Flintab. John also started his own lawn care service and was always busy. In 2009 because of health reason, he moved back to Nebraska and bought and lived in his late grandfather’s home in Long Pine. There John Volunteered with the Fire Department until his health was such that he had to stop. John also volunteered to make coffee at the local Quilt Shop for all those who wanted to get together to sit and chat. John’s hobbies since early childhood were fishing and hunting, and later his main hobby on Sundays was watching the New England Patriots football team. John fought several ailments later in life; a stroke, a heart attack and his latest, cancer; which he fought with all that he had. John was preceded in death by his parent, Alvin Ray and Dora Marie Brown and daughter, Mellisa Dawn Brown. John is survived by his children, Jocelyn Marie Brown, Johnny Ray Brown Jr.; brother, Gary Benton Brown of North Platte, Nebraska; sister, Gina Marie (Charlie) Votapka of Ogallala, Nebraska; numerous nieces, nephews, aunts and cousins; his two faithful four-legged companions, George and Misty. John will be missed by all those that knew him. Graveside Services were held on Saturday, October 2, 2021 at 11:00 A.M. in the Grand Prairie Cemetery northwest of Ainsworth with Pastor Gary Graesser officiating. Memorials have been suggested to the Perkins County Animal Shelter at 68 S. Central Ave. Grant, Nebraska 69140.

Johnny Ray Brown was born on January 29, 1957 in Phillipsburg, Kansas to Alvin Ray and Dora Marie (Watkins) Brown. Johnny passed away at his home in Long Pine, Nebraska on September 6, 2021. The first few years of his life he spent with his... View Obituary & Service Information

The family of Johnny Ray Brown Sr. created this Life Tributes page to make it easy to share your memories.