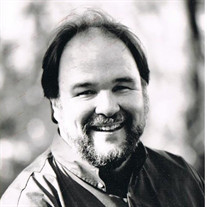 John Patrick LeMay was born in 1949 at the American military base in Guayaquil, Ecuador to Wilfred Herman and Violeta Elena (Allen) LeMay. He passed away at the Sandhills Care Center in Ainsworth, NE on June 28, 2021 at the age of 71 years from complications of a broken hip. As a child, John moved from one country to another as a result of his father’s military service as a navy pilot. The family eventually settled in Gettysburg, PA where John and his younger brother Barry spent the majority of their childhood. After completing two years of college at York Junior College in Pennsylvania in the Broadcasting and Liberal Arts Program, John took a job with Showco, one of the leading concert sound and equipment providers in the entertainment industry. There, he began a long and fruitful career in the music business. He later took his audio engineering skills to Los Angeles where he became a recording engineer for Capitol Records in Hollywood, working on the albums of the Beatles, James Taylor, Smokey Robinson, Diana Ross and many others. He later went to work for George Lucas at Skywalker Ranch in California where he served as a sound editor for films such as Indiana Jones, Willow and Spaceballs. John considered every music project he worked on as an opportunity to be an artist - a painting made with sound. John’s love of flying was realized when he became a pilot in 1974. He also explored alternative healing, motivational and personal transformation methods and teaching. He became a licensed Ham Radio operator after a childhood of building his own radios, beginning at the age of 10. In the middle of all of that he found time to marry and became a father of two beautiful daughters. The music business continued to occupy his passion and he moved to Nashville to work at the Grand Ole Opry as an audio engineer, and later met and married his best friend Brenda. They eventually moved to Gettysburg where he became chief engineer of a radio station. After a brief stint in Tucson, AZ designing boutique audio equipment, the couple returned to Brenda’s home town of Ainsworth. John overcame tremendous hardships to have a rich and full life. He had a wonderful sense of humor, a brilliant mind and a big open heart. He will be sorely missed. John was preceded in death by his parents, grandparents and younger brother Richard Barry LeMay. He is survived by his wife Brenda of Ainsworth, his daughter Rose LeMay of Seattle, WA, daughter Sarah (Jason) Davis of Milton, Washington, mother-in-law Mary Daniels, brother-in-law Dan (Teri) Daniels all of Ainsworth, and numerous cousins. A Private Memorial Service will be held at a later date. In lieu of flowers, memorials are suggested to the family in his name for a future designation. Online condolences may be left at www.hochfuneralhome.com.

John Patrick LeMay was born in 1949 at the American military base in Guayaquil, Ecuador to Wilfred Herman and Violeta Elena (Allen) LeMay. He passed away at the Sandhills Care Center in Ainsworth, NE on June 28, 2021 at the age of 71 years... View Obituary & Service Information

The family of John P. LeMay created this Life Tributes page to make it easy to share your memories.

John Patrick LeMay was born in 1949 at the American military...