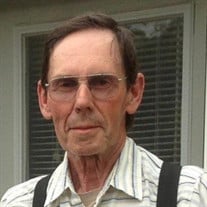 John R. Good, age 80, of Ainsworth, NE passed away on Sunday, Dec. 12, 2021 in the Avera St. Anthony’s Hospital at O’Neill with his wife and children by his side. John was born July 24, 1941 to Robert and Josephine (Horner) Good in Kewanee, IL. He graduated from Wethersfield High School, was a member of the K-Town Customs Auto Club and served six years in the Illinois National Guard. John grew up on his parents and grandparents dairy farm and learned the value of hard work at an early age. Upon completing high school he joined his best friend, an accomplished Harley Davidson racer, as one of his pit crew members and traveled the racing circuit. Four teenagers from a small town in Illinois, competing against the best teams from around the world, won the biggest race of the year at the Daytona track in 1959 coming in two minutes and 39 seconds ahead of 2nd place. John also worked as an auto mechanic before joining his father in his small engine repair and Patz Dealership businesses. Later, John moved his former wife Charlene and children to Kansas City, MO and then moved on to Texas to work as a Cable Splicer for the phone company. He returned to Illinois some years later and worked as a self-employed electrician until his retirement years. On February 9, 1996 John married Billie and they began a new chapter in their lives. With John’s great love for animals they began adopting and rescuing unwanted and abused animals and vowed to give them the best life possible as long as they were still on this earth. Billie is still caring for some of these animals today. John loved to travel and on a trip across northern Nebraska, he and Billie fell in love with the people, the wide open spaces and the Nebraska way of life. It was then they chose to make Nebraska their home. First moving to Long Pine, they relocated to the village of Lewellen and recently moved back to this area. John was very strong in his Christian faith and while living in the Lewellen area was asked on occasion to fill in for a pastor at a small country church, a truck stop chapel or a RV park. John never knew a stranger and considered everyone his friend. He was always more than willing to lend a helping hand no matter the situation. Working with his hands brought him joy and he was lost if he didn’t have a tool in his hand and an animal by his side. His favorite past times were reading his Bible, meeting new people, visiting with family and friends, traveling and helping others. John was preceded in death by his parents and aunt, Ruth Welch. He is survived by his wife, Billie Good of Ainsworth; children, Scott Good and wife Autumn of Kansas City, MO., Jenny Caniglia and husband Al of Edgerton, MO., and Josh Good and wife Tara of Kewanee; three grandsons; step-children Rhonda Minks of Loveland, CO., and Michael Leggett of Ainsworth; two step-grandchildren; two step-great-grandsons; brother, Jim Good and wife Brenda of Sun City, AZ.; nieces, nephews and other family members. Memorial Services were held on Saturday, December 18, 2021 at the Church of the Nazarene in Ainsworth with Pastor Russell Thayer officiating. The congregational hymns of, “Amazing Grace”, “How Great Thou Art” and “Precious Lord, Take My Hand” were sung. The CD selections of “I Can Only Imagine” by Mercy Me and “Go Rest High On That Mountain” by Vince Gill were played. Inurnment will be held at a later date in Kewanee, Illinois. Memorials were suggested to the family for future designation.

The family of John R. Good created this Life Tributes page to make it easy to share your memories.