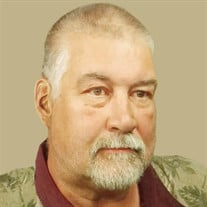 James Edwin “Jim” Thiede was born on April 8, 1958 in Ainsworth, Nebraska and departed this life on August 8, 2018 at the age of 60 years and 4 months as the result of a shooting accident. While his death was sudden and unexpected, there is great comfort in the knowledge that Jim knew his Savior. James was born to Edwin and Freda May (Wicker) Thiede and was baptized and confirmed at Grace Lutheran Church in Burton, Nebraska. He graduated from Keya Paha County High School in 1976 and chose to further his education at Doane University in Crete, Nebraska where he majored in Business Administration and graduated in 1980. He played football both in high school and college and was proud to be a part of both teams. James was united in marriage to Tonja Hoscheid on November 14, 1981, and he welcomed step-daughters Rosslyn and Natalie. The new family lived near the original Thiede ranch and later relocated to Nickerson, Nebraska where Jim worked for ATI as an over the road trucker. During this time he visited every state in the continental United States and received a prestigious Million Mile Club Award for logging over one million miles in the truck without an accident. While in Nickerson he served as a village trustee and was on the volunteer fire department. Even though Jim and Tonja later divorced, they remained friendly and he enjoyed a special relationship with Rosslyn and Natalie and their children. Upon his retirement from trucking, James held various other positions including jobs at Wal-Mart in Fremont, Excel in Schuyler, H & H Chevrolet in Omaha, and Midwest Special Services out of Curtis, Nebraska. He enjoyed his job at Midwest Special Services very much as he liked visiting with people and he had many conversations with the wide variety of passengers he transported. He later returned to his hometown of Springview and held various other positions before starting his own business, Big Deal Cedar Cutting LLC. He was an avid gun collector and he had an expert level knowledge of firearms. Each weapon in his collection was meticulously cataloged and filed with notes for each one. He enjoyed educating (often very bored) visitors on the history of his collection and was proud to be a lifetime member of the National Rifle Association. James enjoyed riding his 4-wheeler around to exercise his dog and Champ will surely miss those runs. Another of his favorite hobbies was to sit in the Turbine Mart and visit with the regulars. He had a tendency to know everything about anyone, and for those who knew his mother Freda May, it was obvious that this trait was inherited. Jim had an interesting sense of humor and his jokes and anecdotes kept him amused and he spent countless hours dreaming up new ones. James is preceded in death by his father, Edwin Thiede, mother, Freda May Thiede, brother, John Thiede, and three infant siblings. His passing will be mourned by his sister-in-law, Kaye Thiede of Springview; nieces, Jessi Thiede Colgrove and husband Blaine of Odell, Nebraska and Tracy Jensen of Osmond, Nebraska; nephew, Richard Thiede of Springview. He also leaves step-daughters, Rosslyn Riewe and husband David of Box Elder, South Dakota and Natalie Hall and fiancé Brad Barnhouse of Mount Pleasant, North Carolina. He is also survived by his Aunt Lucy May Nilson of Clinton, Missouri and numerous great-nieces and nephews. His presence will be greatly missed by the coffee drinkers at the Turbine Mart in Springview along with many friends and acquaintances that he playfully tormented as often as possible. Graveside Memorial Services were held on September 22, 2018 at the Mt. Hope Cemetery in Springview. Pastor Steve Matthew officiated the service. Honorary bearers were Bruce Palmer, Henry Withed, DD Linse, Zane Snyder, Sam Courts, along with Jim’s coffee friends. Hoch Funeral Home of Ainsworth was in charge of the arrangements. Memorials were suggested to the family in his name.

James Edwin &#8220;Jim&#8221; Thiede was born on April 8, 1958 in Ainsworth, Nebraska and departed this life on August 8, 2018 at the age of 60 years and 4 months as the result of a shooting accident. While his death was sudden and unexpected,... View Obituary & Service Information

The family of Mr. James E. "Jim" Thiede created this Life Tributes page to make it easy to share your memories.