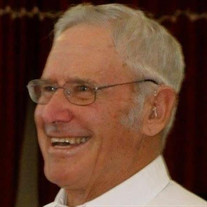 Homer Kenner was born November 3, 1934, the twelfth of fourteen children to James and Gracie (Miller) Kenner. Homer passed away on January 8, 2020 at the Sandhills Care Center in Ainsworth, NE. His family lived in a partial log house in the Rattlesnake Buttes community about 20 miles east of Walsenburg, CO. Homer worked at an early age learning to milk cows, slop pigs, and feed chickens. He was working the lines of a six-horse team at the age of nine, discing dryland farm ground. He attended classes in a one-room school through the eighth grade and then graduated from high school in Walsenburg in 1952. Homer farmed and ranched with his parents until the fall of 1952 when he enrolled in college at Fort Collins, CO, planning to major in history or law. However, his father became bedridden shortly thereafter, so he returned home to help his mother care for his father and the ranch. During this time, he also helped pull spikes for the railroad to help make their living. He married Clarabelle Elley in 1954, continuing in farming and ranching. In addition, he was also capable in carpentry, mechanics, welding, building earthen dams, and fence building. He literally cut thousands of cedar posts with an ax and broke horses for many clients. With the aid of family and friends, he built a 24' x 26' house for his family. Within six years, four children were born: Lyle, Sandi, Paul, and Bryan. God provided for them spiritually, physically, and materially giving strength and guidance through sickness, injury, droughts, crops being hailed out, and other heartaches. Despite trials, they had many joyful times with family and friends. You could hear Homer singing or whistling at any time of day. In Colorado, he drove a school bus route, served on the ASCS Committee and as a 4-H leader. He was a lifelong deep thinker and an avid reader; he advocated for Constitutional policies in government. Homer moved his family and business to northern Minnesota to a welcoming community near Wannaska in 1972. He was active with forage research with the University of Minnesota. He also served on the local school board. In 1980, the family ventured south to the Sandhills of Nebraska settling near Springview where the family was welcomed. A move was made some years later to the Skull Lake Ranch to another very special community. As a godly father he taught his children by example. His hands were powerfully strong yet kind and protective. Homer was deeply loved as a grandpa. He delighted in taking the grands with him as he worked: teaching, talking, singing, and having fun together as things were accomplished. Homer is remembered for loving his Savior, his wife, his family and friends. His beautiful smile and contagious wit were trademarks as well as his kindness to the hurting. He was not a bitter man though he had opportunity to be so; the cornerstone of his Christian walk was to live out forgiveness even when it was undeserved. He enjoyed sharing the good news of salvation in Christ with anyone that wanted to talk, and you knew he was genuine in his faith. He had a special heart for missions and the persecuted church. Homer never knew a stranger. He and Clarabelle extended hospitality to relatives and friends inviting them into their home and lives. Sometimes this was for extended periods of time which resulted in them having an enlarged family that wasn't biological. Homer continued to look to the Lord in these last years of illness, steadily trusting Him as he waited to leave this earthly home and be with Him. He had full assurance of eternal life through Christ, and he knew he would be with Jesus for eternity. He is preceded in death by his parents, 13 of his siblings, and his son-in-law, Cedric Boehr. He is survived by his wife, Clarabelle of Wood Lake, NE; his sons, Lyle (Gena) of Linton, ND, Paul (Ronda) of Wood Lake, Bryan of Stapleton, NE; his daughter, Sandi Boehr of Florissant, CO; 13 grandchildren; 20 great-grandchildren with two greats on the way; sisters-in-law, Frieda Kenner of Thief River Falls, MN and Diana Kenner of Spokane, WA; two step great-grands, many nieces, nephews, and an abundance of dear friends. In lieu of flowers, memorials have been suggested to the Omaha Home For Boys, Cal Farley’s, Pacific Garden Mission, Gideon’s International, Military Family Ministries of Florissant, Colorado, the Ainsworth Nazarene Church or to the Wood Lake Union Church.

Homer Kenner was born November 3, 1934, the twelfth of fourteen children to James and Gracie (Miller) Kenner. Homer passed away on January 8, 2020 at the Sandhills Care Center in Ainsworth, NE. His family lived in a partial log house in the... View Obituary & Service Information

The family of Homer C. Kenner created this Life Tributes page to make it easy to share your memories.