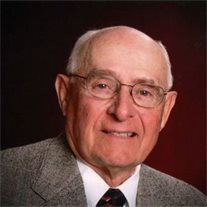 Gene Arthur Schlueter, 77, died on Sunday, September 10, 2017, at his home, southwest of Wood Lake, Nebraska. Gene was born May 17, 1940 in Valentine, Nebraska, to Arthur LeRoy and Aileen Harriet (Petersen) Schlueter. He was welcomed home by one sister, Karen. Gene lived all of his childhood on the family ranch southwest of Wood Lake, going to Wood Lake Rangers 4-H meetings and showing Hereford calves. He attended country school at neighboring school districts and two years in Wood Lake, where his family moved so he and Karen could attend school. When Karen was ready for high school the family moved to Ainsworth for the school year, staying with grandparents part time. Gene was active in school activities; class president for three years, student council, and representative at Boys State, also participating in football, basketball, and track. He graduated with the class of 1958. Following graduation he attended Kearney State Teachers College majoring in business with a minor in math. He graduated in 1962 and contracted to teach high school from 1962-1967 at Aurora, Nebraska. He assisted with some football coaching and 5th and 6th grade Saturday basketball. On June 24, 1962, he was united in marriage to Marianne Conner in Lexington, Nebraska. To this union were born three children. They recently celebrated their 55th wedding anniversary. One of the greatest joys, besides his family, was when the Schlueter family celebrated 100 years of ranch ownership in 1986. A large celebration was held at the ranch, and neighbors and friends from afar came to help celebrate. Gene was always proud to use the original 21 Bar brand on his cattle. During his 50 years of ranching, a lot of miles were driven looking for bulls, with a goal of producing highly regarded black fall calving feeder cattle. He worked to carry on the ranch tradition of selling (private treaty) to long time repeat buyers. Gene was a member of the Ainsworth United Methodist Church, where he served on many committees. He was baptized in the Johnstown Methodist church as a small child. He was currently chair of the finance committee. He attended bible studies and as many activities of the church that he could get to. His church was an important part of his life. Gene was a member of Wood Lake Lodge #221 and a Past Worshipful Master. He also was past president of the Sandhills Shrine Club; participating in parades, assisting with the circus, and making several trips to the Shrine Hospital in Minneapolis. Gene served on several voluntary Cherry County boards. He was a member of the Sandhills Cattle Association for many years as well as the Nebraska Cattlemen. Surviving him is his wife Marianne; Daughter, Lori (Dirk) Vonheeder of Sioux City, Iowa; Sons, Brad (Lisa) Schlueter of Wood Lake; and Todd (Janice) Schlueter of Blair, Nebraska. Grandchildren; Bree Vonheeder, Moville, Iowa, Ben Vonheeder, Orange City, Iowa, Bailey Schlueter, Wayne, Nebraska, Britley Schlueter, Kearney, Nebraska, Allyson Schlueter, Norfolk, Nebraska, Treyvin Schlueter, Wood Lake, McKenna Schlueter, Blair, and Tylan Schlueter, Wood Lake; Brother and sister-in-law, Ken and Judy Conner of Huntington Beach, California; Nieces, Wendy (Preston) Addison of Cloverdale, California, Erin (Paul) Wright of Long Beach, California, Cammie (Brad) Waits of Ainsworth, and Nephew, Greg (Teri) Soles of Ainsworth. Preceding him in death were his parents Art and Aileen; Parents-in-Law, Glen and Sara Conner; Sister and brother-in-law Dean and Karen Soles; Grandparents and many uncles and aunts. Memorial Services were held on Monday, September 18, 2017 at the United Methodist Church in Ainsworth. Pastor David Randall and Pastor Eldon Davis officiated the service. Music was provided by Sherry Campbell and Lisa Wiebesiek. Special selections were, "Old Rugged Cross" and "Remember Me" and the congregational selection was "Here I Am Lord." Honorary bearers were Bree VonHeeder, Ben VonHeeder, Bailey Schlueter, Btritley Schlueter, Allyson Schlueter, Treyvin Schlueter, McKenna Schlueter, and Tylan Schlueter. A private family inurnment preceded the memorial service at the Ainsworth Cemetery under the direction of Hoch Funeral Home of Ainsworth. In lieu of flowers, memorials were suggested to the Ainsworth United Methodist Church or to the Sandhills Shrine Club.

Gene Arthur Schlueter, 77, died on Sunday, September 10, 2017, at his home, southwest of Wood Lake, Nebraska. Gene was born May 17, 1940 in Valentine, Nebraska, to Arthur LeRoy and Aileen Harriet (Petersen) Schlueter. He was welcomed home by... View Obituary & Service Information

The family of Mr. Gene Arthur Schlueter created this Life Tributes page to make it easy to share your memories.