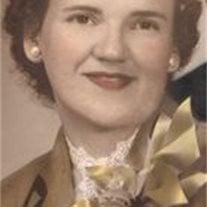 Evelyn Zoreda (Allen) Hill was the sixth of eleven children born to Clarence and Martha (Farris) Allen on February 15, 1927. She was born northeast of Ainsworth, Nebraska at a place along Bone Creek. She died November 3, 2015 at the Good Samaritan Society Care Center in Atkinson, Nebraska at the age of eighty-eight. While growing up on her family's farm north of Ainsworth, Evelyn was baptized at and became a member of the Highland Grove Methodist Church. She attended grade school in rural Brown County and then high school in Ainsworth. While in high school, at the urging of her mother and older brother Jim, she took Normal Training so she would be able to teach school after her graduation. So upon graduating in 1944, she taught in rural schools for eleven years in Brown County. Some of the schools included Highland Grove District 7, the Meadville School, and Moon Lake School District 14. While teaching, during the summers, Evelyn attended college to work on her teaching degree. She attended both Chadron State College and University of Nebraska-Lincoln. On April 2, 1955 Evelyn was united in marriage to Harold Hill. She went to live with him on Moon Lake Ranch south of Johnstown, Nebraska. After two years of teaching at the Moon Lake School, she quit teaching to start and raise their family. To this union four children were born; Gayleen, Kenny, Kay and Pam. She worked with her husband and children to operate the family ranch and farm until the death of her husband in 2010. Her later years were spent at care centers in Stuart, Ainsworth, and Atkinson. Evelyn was preceded in death by her husband Harold and her son Kenneth "Kenny"; her parents Clarence and Martha Allen; sisters Isabelle Jacobitz, Dorothy Jones, and Darlene Oakes; and brothers James "Jim" Allen, Marvin "Jack" Allen, Elmer Allen, Lester Allen, and Wayne Allen. She is survived by her daughters Gayleen Hill of Lincoln, Nebraska, Kay Hill of Johnstown, Nebraska, and Pamela "Pam" Hill of Ainsworth, Nebraska; sister, Wauneta Keller of North Platte, Nebraska; brother Gene Allen of Ainsworth, Nebraska; and numerous family and friends. Memorial services were held on Tuesday, November 11, 2015 at the United Methodist Church in Ainsworth with Pastor David Randall and Pastor Wayne Owens officiating the service. Special CD selections of "The Old Rugged Cross" by Tennessee Ernie Ford and "Angels Among Us" by Alabama were provided. Honorary bearers were, all of the Aseracare Hospice Nurses and Staff and all of Evelyn's family and friends. Both Evelyn and her husband, Harold's cremains were inurned at the Ainsworth Cemetery in Ainsworth, Nebraska. (Harold passed away on 2-17-2010) In lieu of flowers, memorials were suggested to the Johnstown Fire Department. Hoch Funeral Home was in charge of the arrangements.

Evelyn Zoreda (Allen) Hill was the sixth of eleven children born to Clarence and Martha (Farris) Allen on February 15, 1927. She was born northeast of Ainsworth, Nebraska at a place along Bone Creek. She died November 3, 2015 at the Good Samaritan... View Obituary & Service Information

The family of Mrs. Evelyn Zoreda (Allen) Hill created this Life Tributes page to make it easy to share your memories.