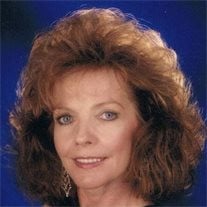 Elizabeth "Liz" Ivory-Davis 71, of Ainsworth, Nebraska lost her battle with cancer on March 18, 2015 at the Brown County Hospital in Ainsworth, with her family at her side. Liz was born on July 8, 1943 in Manhattan, New York to Patrick J. Davis and Helen (Gaynor) Ivory. She married Ross Charles Cowles in 1965 and from this union had one daughter, Suzette (Cowles) Utter. In October of 1981 she remarried Jay Davis of Sturgis, South Dakota and was married to him until his death in 1998. Liz was preceded in death by her parents; brother, Kevin Ivory; husband, Jay Davis, and nephew Danny Lawrence. She is survived by her daughter, Suzette (Frank) Utter and two granddaughters, Katelyn and Mariah Utter both of Brewster; two brothers, John (Joan) Ivory of New Smyrna Beach, Florida (and their children, Julienne Ivory-Saccone of New Smyrna Beach and Christy Ivory-D'aliso of Edgewater, Florida) and Patrick J. Ivory of Manhattan New York; one sister, Theresa M. Lawrence of Westminster, Colorado. Funeral services were held on March 23, 2015 at 10:00 AM at the St. Pius X Catholic Church in Ainsworth, Nebraska with a Rosary/Prayer service held prior to the time of service. Father Phil Flott officiated the service. Music was provided by Kay Anderson and DeAnn Morse, with special music selections of "On The Wings of a Dove" and "Amazing Grace" being offered by Chris and Devron Crawford. Pallbearers were, Frank Utter, Jeff Martindale, Eric Schipporeit, Justin Bradley, Steve Bass, and Thomas Schipporeit. Interment was held at the Hawley Flats Cemetery near Dunning, Nebraska under the direction of Hoch Funeral Home of Ainsworth. In lieu of flowers, memorials were suggested to the Brown County Hospital, the Sandhills Cancer Fund, Inc., or to the Pink Ladies Cancer Fund in Elizabeth's name.

Elizabeth "Liz" Ivory-Davis 71, of Ainsworth, Nebraska lost her battle with cancer on March 18, 2015 at the Brown County Hospital in Ainsworth, with her family at her side. Liz was born on July 8, 1943 in Manhattan, New York to Patrick J. Davis... View Obituary & Service Information

The family of Mrs. Elizabeth Anne "Liz" Ivory-Davis created this Life Tributes page to make it easy to share your memories.