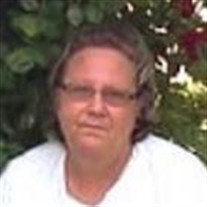 Edith Ann Jefferis was born on May 10, 1952 in Ainsworth, Nebraska to Theodore C. and Ethel C. (Herbaugh) Crist. She grew up on a ranch south of Ainsworth and attended the Raven School. Her family moved to town in 1965 where she attended Ainsworth High School, graduating with the class of 1972. Edith passed away on August 4, 2021 at the Brown County Hospital in Ainsworth, NE Edith married Dewey Jefferis in 1972 in Ainsworth and to this union three children were born: Danny, DeVon, and Dawn. Besides shadowing her husband on many Clear Lake projects, she worked for a time for the Ainsworth Hospital Auxiliary. Edith enjoyed fishing and spending time at the family cabin at Clear Lake, watching Husker football games, and tending to her garden and flowers. Besides the time spent at the lake, her greatest loves were her husband, her children, and her grandchildren. Edith was preceded in death by her parents, Theodore and Ethel Crist; and brothers-in-law, Jim Nickless, Gene Goff and Gail Jefferson. Survivors include her husband, Dewey Jefferis of Ainsworth, NE; children, Danny Jefferis and wife Alicia of Ainsworth, NE, DeVon Jefferis and significant other, George Matucha of Pierre, SD, and Dawn Sheets and significant other, Todd Wilkins of Ainsworth, NE; five grandchildren, one great-grandson, and two god-grandchildren; siblings, Maxine Nickless of Ainsworth, NE, Jim Mizner of Johnstown, NE, Marilyn Jefferson of Ainsworth, NE, Sharon Goff of Ainsworth, NE, Mary Turley of Ainsworth, NE, Bonnie and husband Joey Belmont of Newport, NE, Sylvia and husband Joe Moody of Ainsworth, NE, and Patty Hughbanks of Ainsworth, NE; along with many nieces, nephews, and other family members and a host of friends. A Celebration of Life Service was held on Monday, August 9, 2021 at Clear Lake, southwest of Ainsworth, Nebraska. Pastor Bruce Beebout officiated at the service. The CD music played was, “The Teddy Bear Song” by Red Solvine and “The Dance” by Garth Brooks. Memorials were suggested to the family in Edith’s name for future designation. Hoch Funeral Home of Ainsworth assisted with the service arrangements. Online Condolences may be left for the family at www.hochfuneralhome.com

Edith Ann Jefferis was born on May 10, 1952 in Ainsworth, Nebraska to Theodore C. and Ethel C. (Herbaugh) Crist. She grew up on a ranch south of Ainsworth and attended the Raven School. Her family moved to town in 1965 where she attended... View Obituary & Service Information

The family of Edith Ann (Crist) Jefferis created this Life Tributes page to make it easy to share your memories.