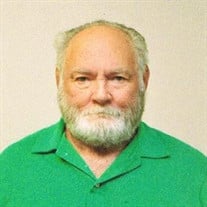 Duane Dean Lewis was born on September 29, 1938, to Ellis L. Lewis and Charlotte H. (Gaskins) Lewis in Ainsworth, Nebraska. He attended Brown County schools through grade school and graduated from Ainsworth High School with the class of 1957. In high school he participated in band, chorus, football and track. He was a member of the National Honor Society. Duane accepted the Lord Jesus Christ as his Saviour as a young boy. He had the privilege of growing up in a Christian home. After high school he enrolled in Wesleyan Methodist Bible College at Marion, Indiana. He left school during the fourth quarter of his first year due to illness. He attended Chadron State College for the summer session and taught a rural school near Johnstown, Nebraska the following fall. Duane married Lois Jean Strong at O’Neill on August 11, 1959. They both taught in rural Rock County schools in the Pony Lake area that year. They moved to Hay Springs, Nebraska and he attended Chadron State College and graduated with majors in mathematics and physics. Duane then taught at Rock County High School in Bassett, Nebraska while attending summer school on a scholarship for three summers at Peabody University in Tennessee. He earned a Master’s Degree in Mathematics. He then accepted a Professorship teaching mathematics at William Penn University in Oskaloosa, Iowa. He later moved to Council Bluffs, Iowa and worked as the Math Coordinator for the city school system. In the early 1970’s, having purchased Grandpa and Grandma Gaskins’ land south of Ainsworth, he started farming. After a year or two, he began farming full-time, renting land and doing custom work for others. Duane and Lois loved going to Mexico for the winter months. They enjoyed deep-sea fishing in the Sea of Cortez out from Keno Bay, Sonora, near the Island Tiberone. He began helping a missionary build small churches, parishes and homes for widows. He helped support an orphanage, supplying them with food, including a trailer-load of pork this past year. One of the last things he did was to establish a plan that is now in operation to support a national missionary in southern Mexico with monthly support for the next thirty years. Duane departed this life April 16, 2021, at the Brown County Hospital in Ainsworth. He was preceded in death by his parents and a sister Roberta and her husband Kenneth Dillon. His survivors include Lois, his wife of 61 years, foster children Chris (Erica) Burke of North Platte, Nebraska, and Tracey and husband Nicodemus of Arizona. He is also survived by one brother, Keith (Juanna Beth) Lewis of Challis, Idaho and several nieces, nephews and other family members. A Memorial Service was held at the Nazarene Church in Ainsworth on Monday, July 5, 2021 with a private family inurnment preceding the service in the Ainsworth Cemetery. Pastor Jeremy Baier officiated at the services. Music was provided by Karla Lewis, with special music, “This Is The Day Of New Beginnings” sung by Julie Lewis and “Safe In The Arms Of Jesus” sung by Kandra Stukenborg, Kellie Baier, Kerrie Tischer and Karmen Young. Memorials were suggested to the family in Duane’s name for future designation. Hoch Funeral Home of Ainsworth is in charge of arrangements.

The family of Duane D.Lewis created this Life Tributes page to make it easy to share your memories.