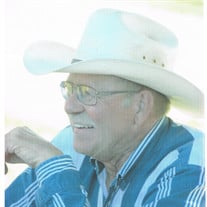 Whether you knew him by Don, Donnie, Donald or Pop he was the same simple to the point kind of guy. In his day, he would attempt most anything whether it worked or not. Don started working at an early age, his desire to have a job and cash to spend continued beyond his retirement years. Some of Don's happiest times were when he was in the company of family, friends and neighbors. He truly was a socializer even though he would tell you he WAS NOT! Donald Eugene Schipporeit, the youngest of six children was born to Otto Gustav and Sara Esther (Athey) Schipporeit on March 23, 1946 at Ainsworth, NE. He was baptized and later confirmed at the Zion Lutheran Church in Ainsworth. Don's childhood years were spent living south of Ainsworth then moved to Valentine, NE where they lived on a farm in the canyons. Don's school days began at Zion Lutheran School in Valentine but following the death of his father in 1953, the family moved back to Ainsworth where he continued his schooling. While in junior high he expressed to his mother that school was not for him, he wanted to be a rancher. She responded that she understood but he was to finish school and would have to marry into ranch life. Don did as she wished graduating from high school in 1964. In November of 1965, Don married Kemmy Richstein and began working at the Campbell-Richstein ranch (later to become Raven Cattle Co.). Their family soon included Joleen, Tsipi and Tate. Don's dream of being a rancher was now fulfilled. He truly enjoyed the life and teaching his kids to do the same. While a good horse was not always an option, everybody had one that at least carried a saddle! Neighborhood brandings ranked high on the list as favorite days but day to day work, changing seasons and any job including his kids made him especially happy. Don admitted being a hard boss at times which frequently meant one or all of the kids were going to get yelled at and someone usually ended up crying. However, on the ride home he ALWAYS thanked them! His hay crew also included "the kids" and sometimes went about as smooth as the cattle work. Don was always appreciative and watched with pride as they eventually grew into solid dependable adults. When his time at Raven came to an end, his work with cattle continued for several years at various places. Don worked for Orville Neujahr, The U Cross Ranch (aka The Prison Farm), Smith Angus Ranch and Bassett Livestock Auction where his retirement took place. He then busied himself helping Clint Painter gathering and hauling iron and occasionally transporting vehicles. All of these jobs required a lot of moving which some of the family still joke about! Needless to say, everyone was pleased when Don and June, his companion of many years, became owners and residents of the Catholic Church property in Long Pine where they filled the church with treasures purchased at local auctions. A shot of Old Crow, which he supplied, was admission for a tour. He made the decision last fall to lighten his load by selling the church and dispersing his treasures at auction. Since moving to his apartment in Ainsworth where he didn't have to scoop snow and mow grass, his time had been spent exploring the country roads occasionally showing up for coffee at the sale barn in Bassett and being BORED! Don left us June 12, 2020. Preceding him in death are his parents; sister, Patricia; brothers, Gerald & Robert. Survivors include: daughters, Joleen Iverson and husband Tim of Long Pine, NE and Tsipi Gibson and husband Mike of Douglas, WY; son, Tate Schipporeit and wife Sarah of Ainsworth; five grandchildren; five great-grandchildren; sister, Carolyn Schipporeit; brother, Richard "Dick” Schipporeit and Iree McNally all of Ainsworth; sister-in-law, Illa Schipporeit of Lakewood, CO: nieces, nephews and other family members. Don loved his family, telling a good story and a card game with friends. Lately he had become more frustrated with TV news, technology, ill-mannered children, barking dogs and stupid people. He will be missed by many and no longer seen patrolling the country roads but we hope he's happy now and no longer bored! The Don stories are as many as the grasses in the Sandhills, treasure yours and share it often in Don's memory! A Graveside Service was held on Friday, June 19, 2020 at the Lutheran Cemetery near Ainsworth with Pastor Georg Williams and Donnie Painter officiating at the service. In lieu of flowers, memorials have been suggested to the family in Don’s name for a future designation.

Whether you knew him by Don, Donnie, Donald or Pop he was the same simple to the point kind of guy. In his day, he would attempt most anything whether it worked or not. Don started working at an early age, his desire to have a job... View Obituary & Service Information

The family of Donald E. Schipporeit created this Life Tributes page to make it easy to share your memories.

Whether you knew him by Don, Donnie, Donald or Pop he was the...