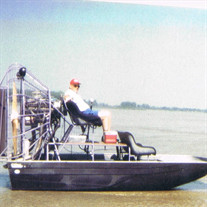 OBITUARY FOR DENNIS E. “Denny” ARROWSMITH Dennis Edmund Arrowsmith was born on May 27, 1948 at Bassett, Nebraska, to Floyd E. and Marcella M. (Grandstaff) Arrowsmith. He joined brothers, Rex and Larry “Tony”, and a sister, Wanda. Denny grew up in Bassett, attending Bassett Grade School and Rock County High School. While attending high school he played football, was in FFA, chorus, and band, playing the tuba. He graduated with the Class of 1966. In the summer of 1965, Denny went to Europe on a People-to-People tour, visiting farms in Belgium, Austria and Russia. Denny attended the University of Nebraska-Lincoln after high school. Denny married Lynn Fox of Ainsworth on July 15, 1967 at the United Methodist Church in Bassett. They had two boys, Dennis Floyd and John Robert. Denny joined the family in their ranching operation. Along with raising cattle, he also raised pigs. In 1976 he installed a Harvestore System north of Bassett with a hog confinement operation to be able to fatten the pigs up for market. A fire destroyed the first confinement operation just hours from being completed. Denny was invited to attend many Harvestore events throughout the United States to give talks about his operation. Denny received his pilot’s license and loved flying. After Denny and Lynn drove Lynn’s parents to Lancaster, Pennsylvania for an Army reunion and couldn't get out of the roundabouts in Washington, DC on the way home, Dillon used to say he would fly anywhere with him, but didn't want to drive any place with him again. Denny enjoyed riding motorcycles, golfing, racing go-carts with John and being out on the river on his airboat fishing for catfish with George Friedrich. Denny was known as "Spiderman" on the river when he owned and operated an airboat. Another passion of Denny’s was archery hunting which he especially enjoyed with Fred Bear and Dick Mauch. The family moved to Lincoln, Nebraska in 1985 and Denny and Lynn were divorced in 1987. In 1988, he moved back to Bassett. He and Darla Lowe were later married. Denny then moved to Fremont, Nebraska, and again moved back to Bassett in 2016 and was residing at the Rock County Hospital Long Term Care Facility. Denny is preceded in death by his parents, Floyd and Marcella, brothers, Rex and Tony, and sister, Wanda. He is survived by sons, Dennis and friend Lynne Pederson of Bellevue, Nebraska, and John and wife, Lana of Bassett; seven grandchildren, Victoria Peck, Mirannda and Hunter Arrowsmith, Lillian and Samuel Arrowsmith, Keyanna and Olivia Micheel; two great-grandsons, James and River Peck; two sisters-in-law, Judy Arrowsmith of Mills, Nebraska and Cheryl Arrrowsmith of Bassett; along with nephews, Brad, Roger and Tony Arrowsmith; and nieces, Terri Craven, Debra Dauel and Teri White. Graveside Memorial Services were held on Friday, June 29, 2018 at 1:30 PM at the Bassett Memorial Park Cemetery in Bassett with Pastor Dennis Quigley officiating. Special selections of “When I Get Where I Am Going” by Clint Black and “Lord I Hope This Day Is Good” by Don Williams were also provided. In lieu of flowers, memorial were suggested to the family in his name of for a future designation. Hoch Funeral Home of Bassett assisted with the arrangements. Online condolences may be made to: www.hochfuneralhome.com.

The family of Mr. Dennis E. "Denny" Arrowsmith created this Life Tributes page to make it easy to share your memories.