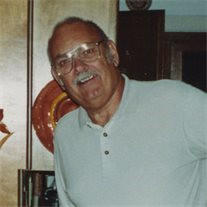 Alfred Dean "Doc" Gilg was born on February 1, 1931 in Newport, Nebraska to Alfred and Hazel Gilg and raised on the family ranch during the depression. After graduating from Rock County High School and Northeast Technical Community College, he attended the University of Nebraska in Omaha where he met and married Regina Anne Harvey in 1951. The army interrupted his education from 1952-54 when he served in Germany under the Medical Corps. After being discharged, he returned to Omaha to complete his medical degree, graduating in 1961. After a short time in Overton, Nebraska, Doc moved his family back to his home county and began practicing medicine in Bassett in 1964. Before doing this, Gina and Dean adopted three boys. In 1982, after 18 years in Bassett as the primary care physician for the area, he became the director of the Lincoln Family Medicine Residency Program which supports continued education of family doctors. In 1988, he returned to Brown County where he continued his medical career into his 70's. In addition to his medical skills, he cherished wood carving and a great majority of his retirement was spent pursuing this talent. Dean died on April 4, 2016 at the CHI Health Good Samaritan in Kearney, Nebraska. He was preceded in death by his wife, Regina in 2007; his parents; and a sister, Ruth. Survivors include three sons: Doug (Betty) of Powell, Ohio, Dan of Cave Creek, Arizona, and Greg (Julie) of Gothenburg, Nebraska along with grandchildren, and other family members. Cremation has taken place and per his wishes, no formal services will be held. The family asks that any memorials be sent in care of Greg Gilg to 818 18th St, Gothenburg, Nebraska 69138 where they will be distributed to the Bassett Volunteer Fire Department and Brown County Hospital. In addition, memorials can be sent directly to Treasurer, RCHS Foundation, PO Box 326, Bassett, NE 68714 for addition to the Dean & Regina Gilg Honorary Scholarship Fund for the benefit of RCHS students pursuing higher education.

Alfred Dean "Doc" Gilg was born on February 1, 1931 in Newport, Nebraska to Alfred and Hazel Gilg and raised on the family ranch during the depression. After graduating from Rock County High School and Northeast Technical Community College,... View Obituary & Service Information

The family of Dr. Alfred Dean "Doc" Gilg, MD created this Life Tributes page to make it easy to share your memories.