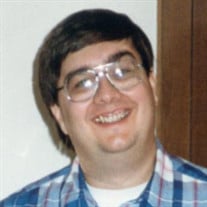 David Dean Thompson, second son of Lucille (Olson) Thompson, was born in Burbank, California on July 2, 1957, and passed away May 10, 2019 at the age of 61. As a baby he was welcomed home by his brother, Don. After a few years they relocated with their mother to Portland, Oregon where their sister Debbie was born in 1958. Shortly after Debbie joined the family, they moved to Thief River Falls, Minnesota where Dave’s love of trains began since the roundhouse was just a little walk away from their home. He would oftentimes drag his little sister along on his adventure, getting them both in trouble for sneaking into the roundhouse. His high school years were at Lincoln High School in Thief River Falls, from which he graduated with the class of 1975. Later that spring, he moved to Stuart, Nebraska to learn the profession of truck driving with the training and help of Gene Calif’s experience. During his time in Stuart, he met his future wife Diane Shald whom he married in Sioux Falls, South Dakota on May 29, 1976. Together, they lived in Stuart until they chose to move to Washington with the help of family in 1979. They began in Camas, Washington until joining the office of U.S. West in Vancouver, Washington where they soon welcomed their son, Christopher David on July 2, 1983 and then their daughter Rachel Diane was born on October 10, 1985. In 1990, they relocated to Spokane, Washington to work in the new U.S. West office and Ashley Marie completed the family on October 10, 1991. Most of Dave’s “free time” in Spokane was spent taking the kids to Dick’s Drive In and then off to the train yard. Many friends and memories came of his love of trains. In 1995, the family moved to Long Pine, Nebraska where Dave bought his own truck and resumed his truck driving career. Throughout the years, the kids would take turns going in the truck over their summer breaks making many memories, seeing much of the country, and sharing lots of laughs (and DQ or Banana cream pie). Dave enjoyed any time he could spend with his family, whether it was working in the train room, camping, boating, or just sitting around sharing laughs. As a Dad, Dave was very proud of his three kids. But his greatest blessing was his grandkids. He loved all the time he could get with them and he never could get in enough naps with them. He got the greatest joy from putting the babies to sleep. Dave was preceded in death by his mother, Lucille Thompson; Uncle, Al Olson and Aunt Myrt, as well as Godparents, Randy and Pauline Ortloff. Dave is survived by wife, Diane of Long Pine; Son, Chris (Becky) of Broken Bow, Nebraska; daughters, Rachel (and significant other, Ryan Buoy) of Long Pine, and Ashley (Chris) of Long Pine. Siblings: Don Thompson (Shirley) of Hoodsport, Washington, and Debbie Stage of Lincoln City, Oregon. Grandchildren: Christian, Alivia, Natalee, JoAnna, Kaiden, Kameron, and Kalianna. Nephews: Robert Carson and Corey Stage both of Thief River Falls, Minnesota, and numerous family and friends. Dave was a dedicated husband, dad, brother, grandpa, uncle, a great friend and inspiration to others. He will be missed by many and remembered forever as his legacy lives on. Memorial Services were held on May 17, 2019 at Hoch Funeral Home in Ainsworth, Nebraska. Pastor Georg Williams officiated the service. CD selections of Band of Brothers Theme Song, “Dance With My Father Again,” by Luther Vandross and “Coming Home” by P. Diddy were provided. Honorary Urn bearers were Dave’s Grandchildren and Significant Others, Christian Thompson, Alivia Thompson, Natalee Thompson, JoAnna Thompson, Kaiden Johnson, Kameron Johnson, KaliAnna Johnson, Becky Thompson, Chris Johnson, and Ryan Buoy. A private family inurnment will be held at the Grandview Cemetery in Long Pine at a later date. In lieu of flowers, memorial are suggested to the family for a future designation. Private family Inurnment will be held at a later date.

David Dean Thompson, second son of Lucille (Olson) Thompson, was born in Burbank, California on July 2, 1957, and passed away May 10, 2019 at the age of 61. As a baby he was welcomed home by his brother, Don. After a few years they relocated... View Obituary & Service Information

The family of Mr. David D. Thompson created this Life Tributes page to make it easy to share your memories.