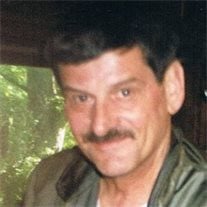 David Russell Chase, son of Ted and Edith (Lydiatt) Chase of Wood Lake Nebraska, was born February 27, 1946 in Ainsworth, Nebraska and passed away suddenly at his home in Ainsworth, August 17, 2016 at the age of seventy years. Dave grew to manhood in Wood Lake, where he enjoyed high school sports. After graduation, Dave joined the United States Air Force serving six years and earning the rank of Airman 1st Class. He worked as a communication and electronics specialist on B-52 Bombers. Dave made his career in the Cleveland, Ohio area working for the National Cash Register Company. He retired to Ainsworth, where he was active in the American Legion. His hobbies included motorcycling and fishing. He served in the Color Guard for the Ainsworth American Legion Post #79. His family and friends knew him as a caring, steadfast man who was always willing to help. He gave of his time unselfishly to care for his aging mother. Dave was preceded in death by his parents, Ted and Edith, and his two brothers, Arthur and Terry. He will be greatly missed by his sisters, Sharon Osborn of Aurora, Colorado, Winona Bonacci of Kerrville, Texas, and Pearl Hepburn of Lincoln, Nebraska; one brother, Michael Chase and wife Veda of Crofton, Nebraska. His thirteen nieces and nephews, as well as his great nieces and nephews, will remember him with love and pride. Dave was blessed with many close friends who enriched his life and who will truly miss him. A note from Dave........, To my relatives and friends as I leave you, please know that I care about you though I didn't talk much, and I was never able to feel comfortable in crowds. I was usually interested in going home before I got to where I was going, but my life was rich in good buddies and family who loved me. While I'm gone, be good, stay sane, and as the old song says: "Do what you do Do Well, son, do what you do Do Well. Give all your love to ones who care and do what you do Do Well." Your Friend and Brother, Dave Memorial Services were held on September 3, 2016 at Hoch Funeral Home in Ainsworth. Pastor Don Letellier officiated the service. Music was provided by Anna May Letellier. Special music selections provided were "The Darkest Hour Is Just Before Dawn" sung by Keith and Kara Chase and "How Great Thou Art" sung by Breannna Ratzlaff. Military Honors were provided by the Ainsworth American Legion Post #79. A private family inurnment will be held at the Mount Hope Cemetery near Wood Lake, Nebraska.

David Russell Chase, son of Ted and Edith (Lydiatt) Chase of Wood Lake Nebraska, was born February 27, 1946 in Ainsworth, Nebraska and passed away suddenly at his home in Ainsworth, August 17, 2016 at the age of seventy years. Dave grew to manhood... View Obituary & Service Information

The family of Mr. David "Dave" R. Chase created this Life Tributes page to make it easy to share your memories.