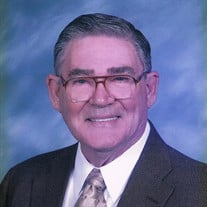 Daniel (Dan) Beasley passed away in Ainsworth, Nebraska on July 31, 2021 at the age of 87. Dan was born March 20, 1934 in Maud, Texas to James and Phoebe (Stinson) Beasley. Dan grew up in Texas during his formative years. He enlisted in the Navy in 1954 during the Korea Conflict serving on various ships. After his discharge in 1957 he remained in California ultimately taking a job with Lockheed Aircraft Company in Lancaster, California. It was in Lancaster where Dan met Shirley (Denny), the love of his life and they were married for 46 years. Dan loved his church and had many wonderful friends. He retired from Lockheed Aircraft Company in 1990. Upon retirement Dan spent 29 years volunteering at the Antelope Valley Medical Center in Lancaster. There was not a person that he would not try to help if he could. He always had a kind word. Dan was preceded in death by his parents; nine brothers and two sisters. He is survived by his wife, Shirley Beasley of Long Pine, Nebraska; Sons, Danny Beasley of Atlanta, Georgia and Jim (Rocio) Beasley of Mojave, California; step-daughters Pam (Terry) Carroll of Long Pine, Nebraska and Debbie Magnusson of Carmel, Indiana; step-son, Kent (Karen) Painter of Beaverton, Oregon. He is also survived by eight grandchildren, Sixteen great-grandchildren and two great-great-grandchildren, along with numerous nieces, nephews and other family members. Funeral Services were held on Saturday, (August 7, 2021) at the Ainsworth Assembly of God Church with Pastor Daniel Woods officiating at the service. The CD music selections played were, “Peace In The Valley” by Red Foley, “The Old Rugged Cross” by Tennessee Ernie Ford and “Wings Of A Dove” by Ferlin Husky. Grandson, Daniel Beasley performed the song, “Grandpa (Tell Me ‘Bout The Good Old Days).” Casket Bearers were: Terry Carroll, Daniel Beasley, Keith Carroll, Troy Magnusson, Joshua Rogers and Shayne McConnell. Interment followed in East Park Cemetery at Ainsworth. Military Honors were conducted by the Ainsworth American Legion Post #79. Memorials were suggested to the Ainsworth Assembly of God Church in Dan’s name. Hoch Funeral Home of Ainsworth was entrusted with the service arrangements. Online Condolences may be left for the family at www.hochfuneralhome.com.

Daniel (Dan) Beasley passed away in Ainsworth, Nebraska on July 31, 2021 at the age of 87. Dan was born March 20, 1934 in Maud, Texas to James and Phoebe (Stinson) Beasley. Dan grew up in Texas during his formative years. He enlisted in the... View Obituary & Service Information

The family of Daniel Lee Beasley created this Life Tributes page to make it easy to share your memories.

Daniel (Dan) Beasley passed away in Ainsworth, Nebraska on July...