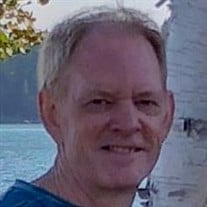 Dale Wayne Stahl was born on November 4, 1955 in Atkinson, NE to Clifford and Lenora (Fox) Stahl. On Monday, November 4, 2019, Dale passed away at Newport, NE at the age of 64. He had a strong and unwavering faith in Jesus Christ. Dale’s passion for hunting started at an early age. He had a BB gun which he used to hunt small game and birds. This passion continued to expand throughout his life to include deer, elk, moose, bear, wild pigs, and turkeys. In the later years, he focused mainly on archery for hunting. He frequently planned hunting trips throughout the United States and Canada with his close friends and family. Dale attended school at Rock County High School where he graduated in 1974. After graduation, he worked at the Bassett Ford dealership garage and worked at Doke Apiaries. Dale moved to Philadelphia, Pennsylvania in 1977 where he started working with a construction company building custom homes. He eventually went on to start his own business called Dale Stahl Custom Bows in which he built custom recurve bows. He was one of the largest distributers for fiber glass for bows in the United States. He also sold his handmade archery materials to other bowyers all throughout the United States and Canada. He was mechanically inclined and loved to tinker with woodworking equipment and computers. He built many of the machines that he used in his custom archery business, including a CNC router. Along with his archery building talent, he made two hand carved muzzleloaders. Dale is remembered as a great conversationalist and his loved ones have many fond memories of time spent with him. Dale had a special bond with each of his 15 nieces and nephews, and nine great nieces and nephews. He always made sure they were taken care of, and knew that they were loved and supported. His presence was always anticipated at family events, and he always made birthdays and holidays even more special. Due to his passion for photography, he was sure to capture all the precious family memories but never wanted to be in a picture himself showing his selflessness. Dale was preceded in death by his father, Clifford, his mother, Lenora, and his sister Diane, Aunts and Uncles, Mary (Emil) Harding, Dorothy (Roy )Wilkinson, John (Gladys) Stahl, Alfred Stahl, Marjorie (Floyd) Gale, Glenn (Beverly) Stahl, Bessie (Lyle) Orr, Howard Nelson, L. Glenn Fox, Dorothy (Don) Tocko, Verona Fox, Floyd (Sharon) Fox, Donald (Ruth) Fox, Howard (Carol) Fox, Theona (Len) Kurtz, Shirley (Robert) Lemmer. He is survived by his loving girlfriend Colleen Paton of Philadelphia, His brother-in-law Richard Heilman and their children who reside in PA, Colin (Sarah), Kristin Underwood (husband Jay; children Scarlett, Grayson), Brian (Abby), Cory (Callye), Jerry, Shane, Jonathan, Maria, and Brent. He is also survived by his sister Teri and her husband Ken Chandler and their children; Darla Kelly (husband John; children Jack, Teagan, Nora, Tanner), Clifford (wife Rebecca; children Alexa, Carter, Connor), Kelli, Anna, Daniel, Alyssa whom also reside in PA, except for Kelli who resides in San Diego, CA. Dale is also survived by his uncles Clayton Fox (Newport, NE), Jim Fox (Valentine, NE) and as well as his aunts Delores Fox (O’Neill, NE) and Florence Nelson (AZ) along with several cousins around the United States. A Private Family Graveside Service was held Friday, November 8, 2019 at the Bassett Memorial Park Cemetery with Pastor Dennis Quigley officiating at the service. Casketbearers were family members of Dale. Memorials were suggested to the family in his name for future designation. Hoch Funeral Home of Bassett was entrusted with the service arrangements. You may leave an online condolence by visiting www.hochfuneralhome.com. A Celebration of Life Service will likely follow at a later date back in Pennsylvania.

Dale Wayne Stahl was born on November 4, 1955 in Atkinson, NE to Clifford and Lenora (Fox) Stahl. On Monday, November 4, 2019, Dale passed away at Newport, NE at the age of 64. He had a strong and unwavering faith in Jesus Christ. Dale&#8217;s... View Obituary & Service Information

The family of Mr. Dale W. Stahl created this Life Tributes page to make it easy to share your memories.