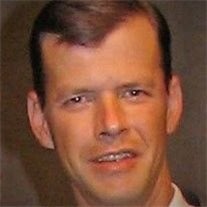 Christopher Jon Gudgel, age 49, of Ainsworth Nebraska went to be with his Lord December 13, 2017. He was born February 7, 1968 in Rochester, Minnesota to Willard and Judith (Bernhardt) Gudgel. Christopher lived the first of his years near Rochester where he loved being outdoors in the Minnesota woods catching and bringing home all sorts of creepy crawly things, some even making it into the refrigerator. He was a happy adventurous boy who loved and annoyed his sisters. He moved with his family to Colorado in 1975 where he attended grade school and high school in Niwot. He loved music and excelled at playing the cello, but was most happy with his guitar. He participated in Boy Scouts and 4-H, especially liking woodworking and photography. He was very fond of his pets, which ranged from dogs and cats to fish and fowl. He played cello in the High School Orchestra participating in music contests and camps and traveling to Vienna, Austria for an invitational competition. He was active in the youth group and church activities at Calvary Bible Evangelical Free Church in Boulder. He was an avid bicycle rider, riding with family and friends, and in many endurance type of rides. After High School Christopher attended CSU for one semester, took automobile mechanic training classes and training for a CDL after which he drove over the road trucks to all parts of the U.S. for many years. He was proud of his 750,000 mile driving record, with many runs delivering into downtown New York City and Los Angeles. Having a love for cars all of his life, he then chose a new career in auto sales selling cars in Denver for some time and then, choosing to move to Ainsworth Nebraska, he continued with auto mechanic work and car sales, until venturing out into musical performance. He and the groups he formed (Quick as a Wink and Double D wranglers) played and sang cowboy music throughout Nebraska and neighboring states at conventions, county fairs, festivals and even regulars at a dinner theater. He worked tirelessly at finding and arranging their music. He was best known for his yodeling. As sideline businesses he had a music store selling pianos and musical instruments and marketed classic car parts on e-bay. After the musical groups disbanded he took a job at Home Health in Ainsworth delivering products and services in the area. He developed many friendships through his delivery work in the community. He was driven to use his musical talents and dedication to our Lord through his daily life and was active in the Ainsworth United Methodist Church. He felt called to do more and while still working at Home Health, took on an assignment as pastor of the Long Pine United Methodist Church. He is survived by his beloved daughter Lily, his parents, sisters Jennifer Gudgel-Getson of Loveland, Colorado, Melanie Gudgel of Loveland, and Angela Mickler and husband James of Greenfield, Ind., eleven cousins, seven aunts and uncles, four great aunts and uncles, four nephews and nieces and one great nephew. Christopher never new a stranger, loved and protected his daughter with all his being, was loved by his family, many friends, fans and acquaintances, was compassionate and caring, and will be deeply missed. Memorial services were held at the Evangelical Free Church in Ainsworth, Nebraska with Pastor Mick Thornton officiating the service. Prelude and Postlude were provided by Sherry Campbell. Music selections of "It Is Well With My Soul" by Bill and Gloria Gaither and "Go Rest High On That Mountain" by Vince Gill were provided. Honorary bearers were Scott Gudgel, Todd Gudgel, Matthew Lund, Laura Lund, Albert Lund, Mark Gudgel, and Jakob Getson. Inurnment followed at the Ainsworth Cemetery. In lieu of flowers, memorials were suggested to the family for Lily's educational fund. Hoch Funeral Home of Ainsworth was in charge of the arrangements.

Christopher Jon Gudgel, age 49, of Ainsworth Nebraska went to be with his Lord December 13, 2017. He was born February 7, 1968 in Rochester, Minnesota to Willard and Judith (Bernhardt) Gudgel. Christopher lived the first of his years near Rochester... View Obituary & Service Information

The family of Mr. Christopher Jon "Chris" Gudgel created this Life Tributes page to make it easy to share your memories.