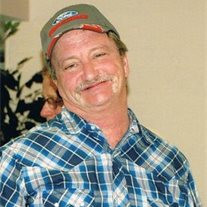 Christin Lee Daniels was born to Claire White on December 5, 1962 at Spencer, Iowa and was 52 years of age when he passed away on June 13, 2015 at Lutheran Medical Center in Wheat Ridge, Colorado. He was adopted by Ed and Clara Mae Daniels at 8 days of age. He joined his brother Eddy and they later attended grade school in Elsmere, Nebraska. He graduated from Ainsworth High School in 1981, then joined the Air National Guard right of out high school until 1984. After leaving the Air National Guard, Chris attended college for auto body. He then later took a job working evenings with a computer company, but his heart was with truck driving. In 1986, Chris purchased his first brand new white freight liner and trucked for the company "Best." Soon after that he went to work hauling cars for various companies. In 1990, Chris was married to Teri Humphrey. From this marriage he gained three step-children, Emily, Tyler and Erin who he cared dearly for. They later divorced and Chris resided in Colorado where he continued trucking until recently when health issues forced him to stop. He spent most of his life as an over-the-road truck driver where he accumulated 2 million miles. Chris is preceded in death by his father, Edsel Daniels and nephew Lee Assarsson. Survivors include, mother, Clara Mae Daniels of Ainsworth; brother, Eddy and wife Joan of Ainsworth; three step-children, Emily, Tyler and Erin all of Colorado; niece, Brittany Sears and husband Dane of Ainsworth, niece, Brooke Assarsson of Ainsworth, and nephew, Jory Daniels of Fort Collins, Colorado; three great-nieces, Emma, Adysson and Payton Sears of Ainsworth. Since this is a celebration of Chris' life, we could share so many memories and we shouldn't fail to mention that of course he was "full of life" even at the youngest of ages. To start with; Chris had many black eyes, but one particular black eye just happened to come along with the mumps, (yet he still had enough energy to avoid his moms order to not go bareback riding on his horse, Prince, with Eddy, because she was afraid that he would end up with a broken arm.) Moments later. . .well, lets just say, Mom was right! Chris went back to the house with his black eye, mumps and his first broken arm. Chris is lovingly referred to by his three great-nieces as "the uncle that makes the funny faces," (sometimes with or without teeth!) Because as we all know, "he never really liked those teeth anyways!" One day after being gone for a while and arriving home, Clara Mae asked Chris, "where did you get those teeth?" Chris replied, "the funeral home, they have a whole bunch of them out there!" Never a dull moment and always a smile on his face, Chris will forever be remembered for his candid and even raw sense of humor, but even more, we will remember him for having one of the biggest hearts we know of. His willingness to help anyone at a moments notice was always present. We love him so much and will miss him more than words can say. This is not "good-bye", but merely a "see you later."

Christin Lee Daniels was born to Claire White on December 5, 1962 at Spencer, Iowa and was 52 years of age when he passed away on June 13, 2015 at Lutheran Medical Center in Wheat Ridge, Colorado. He was adopted by Ed and Clara Mae Daniels at... View Obituary & Service Information

The family of Mr. Christin Lee "Chris" Daniels created this Life Tributes page to make it easy to share your memories.

Christin Lee Daniels was born to Claire White on December 5,...