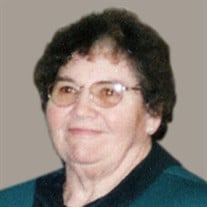 Carolyn Jean Dillon was born April 13, 1941 to Betty Jean (Oxner) and Ralph T. Thurlow in a house on the south side of Atkinson. She was not breathing, but the mid-wife, Maizie Cearns never gave up and revived Carolyn. Carolyn was a tough one. She started grade school at the age of four at District 21 in Rock County. They combined schools and she finished grade school in the Wewel School. She started Rock County High School in the fall of 1954 at age 14. She stayed with Minnie & Willie Haughey two miles north of Bassett doing outside chores and inside chores to earn her and her sisters keep while they went to high school. Carolyn walked to and from high school four miles a day through every kind of weather and in four years only missed ½ day of school. She graduated at age 17 and then started working for Samuel Ely, a lawyer in Ainsworth, Nebraska. She worked there for two years staying at Mrs Eby’s. As Carolyn was walking back and forth between the lawyer’s office and Mrs Eby’s, Joney Dillon had been cruising the streets trying to figure out who the pretty girl was and where she had so quickly disappeared to, before he could get turned around to cruise main street again. They finally met at the local swimming hole in Long Pine called the Old Mill Pond. She had been left stranded with no ride home. Joney offered Carolyn a ride back to Ainsworth, where they become a couple. They were married on June 15, 1960 in a double-ring ceremony in Winner, South Dakota at age 19 and they resided at the L.E. Ray Ranch in Rose. Born to this union were three children, Jolyn Kay, James Jonas and Justin Jonathan. She was very thrifty. She sewed clothes for her family. She made clothes for mother, her grandmother and even her sister’s clothes for her job and her sister’s kid’s clothes. She had some of the biggest gardens, always canning produce for the winter. In 1974 Walker Cattle Company bought the ranch and mom started cooking for the hired help. Her fabulous cooking brought the hired help to her table at noon. After eating a meal at her table, Bob Walker replied to her “Now we know why all the hired help was at the Dillon household at noon.” She was a great cook and put on a filling meal and always with homemade desserts. Carolyn worked right along the side of Joney outside also. The family then moved to Long Pine for a short stay (hating town life). They moved to the Copple place north of Bassett in 1976, where Dean “Fuzz” Kinney had cattle. There again, at branding time, or bleeding cattle, Carolyn’s cooking was widely known. Fuzz had no problem getting people to come help because everyone knew they were going to get plenty of good food and homemade pies. Even the state vet, Doc White made excuses to go to the house before lunch to make phone calls, so he could sample what she was making for lunch. The maddest Carolyn ever got was when Terry Andrews took off with a whole lemon meringue pie and wouldn’t let anyone have a piece. And there again, Carolyn worked right along the side of Joney as his hired hand doing what most men did. In her spare time she took CPR training, which came in handy when James had his motorcycle accident. She did her upholstery business and recovered everything in the house and her mother’s house. People came from far and wide to get her help on their projects and she took great pride in her work. The family again moved back to Long Pine for a short while and in 1988 they moved to the Estes Kirk place where they made it their home. Their cow herd was growing and Carolyn stepped up to the plate to work right along the side of Joney, calving cows, working in the hayfield, or what ever it took to make things work. In 1983 she took on the role of raising Cody Dillon. She always instilled in you to be the better person. She was always helping and she took pride in what she did and was always trying to find ways to make things work. Joney always said “Mom was the brains and he was the braun” and together they made it all work. Joney said Mom could outwork most of the men he worked with. Carolyn enjoyed knitting, crocheting, cooking, sewing, gardening and just helping people. She would visit with anyone about calf prices to garden projects. She loved having her children, grandkids and the great-grandchildren around. On September 19, 2020 while at home near Bassett, she went to heaven to join Joney, her one and only true love. She will be GREATLY missed! Carolyn was preceded in death by her parents; stepfathers, Ray Scarborough and Fritz Suhr; her husband; and stepsister, Arla Dickau. She is survived by her children Jolyn Dillon-Clark and husband David and James Dillon and wife Lesa all of Long Pine and Justin Dillon of Johnstown; seven grandchildren, four great-grandchildren; one sister Marlene Andersen and husband Jerald of Grand Island; one brother Arnie Thurlow and wife Marilyn of Tucson, Arizona; step-brothers Garlen Thurlow and wife Marcia of Newport, and Oliver Thurlow and wife Donna of Atkinson; and nieces nephews and other family members. Graveside Services were held on Friday, September 25, 2020 in the Thurman Cemetery near Bassett. Pastor Gary Graesser officiated at the service. Casketbearers were: Dustin Dillon, Matthew Dillon, Dylan “Tate” Dillon, Jaycee Dillon, Cody Dillon and Terry Kuchera. Honorary Casketbearers: Harlee Dillon, Wyatt Dillon, Ellie Dillon, Imani Dillon and Danni Braaten. Memorials were suggested to the family in Carolyn’s name for future designation.

Carolyn Jean Dillon was born April 13, 1941 to Betty Jean (Oxner) and Ralph T. Thurlow in a house on the south side of Atkinson. She was not breathing, but the mid-wife, Maizie Cearns never gave up and revived Carolyn. Carolyn was a tough... View Obituary & Service Information

The family of Mrs. Carolyn J. (Thurlow) Dillon created this Life Tributes page to make it easy to share your memories.