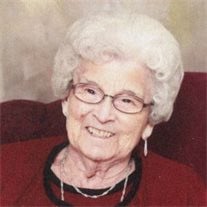 Carol M. Chase of Ainsworth, Nebraska was born July 11, 1930, at Callaway, Nebraska to Marshall and Veneta (Nansel) Meads, and passed away Tuesday, March 28, 2017, at the Rock County Hospital in Bassett, Nebraska at the age of 86. There are the obvious titles that describe Carol. Words such as, "wife," "mother," "sister," "grandmother," and "friend." And then there are descriptive words that dig deeper into the heart and soul of the true woman she was. Carol was thoughtful and perceptive. She was stubborn and fiercely protective of those she loved. She was a true country chef in her own right who valued real cream, fat chickens and butter made from actual cows. If you were lucky enough to be on the receiving end of her kindness you know that there was no end to what she would do for you. Ever involved in activities, Carol loved to be a part of all of your lives in any way she could, from card parties to music, to church functions and potlucks,….and when there was party to be had, Carol was there if she could be and I promise…she also made many of the delicious goodies you have all had the pleasure of tasting. Carol's dedication to the community of Goose Creek throughout the generations was an important part of her life in both big and small ways. From her open door policy, always making room for another at the dinner table, to her teaching of God's ways through her devotions and bible school, to singing God's praises on Sunday….the family of Elsmere helped shape her life and she helped to shape the lives around her. When Carol and Clayton moved from the ranch, it was a bittersweet time in their history but it truly goes without saying that the Elsmere family and the bonds they spent their whole life nurturing, never changed. Goose Creek was in her heart, always. Upon moving to Ainsworth after 55 years living the country life, the Chases were once again blessed with the opportunity to develop and strengthen bonds and felt so honored that their new community embraced them until the end. Everyone attending today, is here to pay tribute to the Carol "you" knew. She has a special place in all of your hearts and that special place is something we want you all to remember and to pass along to others. She affected each and every one of us and our relationship with her is both a blessing as well as something we want you to treasure. Carol was preceded in death by her husband Clayton; parents, Marshall and Veneta, and a sister Connie. Survivors include; daughters, Paige Coash and husband Don of Bassett, and Kathy Leach and husband Lanny of Ainsworth; brothers, Craig Meads and wife Bernita of Overton, Nebraska, and Cliff Meads and wife Linda of Elm Creek, Nebraska; brothers-in-law, Mickey Chase and wife Beth of Ainsworth, and Tom Bjorklund and wife Rosanne of Houston, Texas; sister-in-law, Janice Rosane of St. Edward, Nebraska; twelve grandchildren; six great grandchildren, and nieces, nephews and other family members. We're sharing one of Carol's many specialties. Special K Bars by Carol Chase ½ C. White Sugar ½ C. Dark Syrup ¾ C. Chunky Peanut Butter 3 C. Special K Cereal, coarse crushed 6 oz. Chocolate Chips 6 oz. Butterscotch Chips Put sugar and syrup on low heat and dissolve. Add peanut butter and mix, then add cereal. Pat into 9x9 pan. Melt the chips together and pour over the bars. NOTE FROM CAROL: I always double the recipe and put into a 9x13 pan. Funeral services were held on Saturday, April 1, 2017 at the United Methodist Church in Ainsworth, Nebraska. Pastor Rod Heilbrun, Pastor Eldon Davis, and Pastor David Randall assisted in the service. Music was provided by Sherry Campbell. Melanie Coffman and Dan Carson sang special selections of "God On The Mountain" and "Precious Memories." The Congregational Hymn selection provided was "When We See Christ." Special memories of Carol were read and shared. Casket bearers were, Logan Leach, Rick Aupperle, Mark Miles, Joel Johnson, Mickey Chase, Ed Alderman, and Robert Keller. Honorary bearers were, all of Carol's other grandchildren & great-grandchildren. In lieu of flowers, memorials were suggested to the Rock County Long Term Care, Cottonwood Villa, or to the Nebraska Children's Home at Omaha, Nebraska.

Carol M. Chase of Ainsworth, Nebraska was born July 11, 1930, at Callaway, Nebraska to Marshall and Veneta (Nansel) Meads, and passed away Tuesday, March 28, 2017, at the Rock County Hospital in Bassett, Nebraska at the age of 86. There are... View Obituary & Service Information

The family of Mrs. Carol M. (Meads) Chase created this Life Tributes page to make it easy to share your memories.