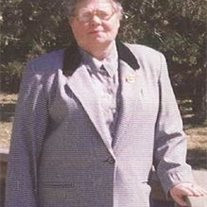 Carlean Mae Stern was born a twin on March 30, 1937 to Eddie and Alta (Burdick) Nordstrom at Winner, South Dakota. She and her twin brother Carl, had an older brother, Edward, and a younger brother, Robert. She left to go to her heavenly home on June 13, at the Winner Regional Health Care Facility at Winner, South Dakota at the age of 80. Most of her young life, she lived on a farm east of Winner. On December 29, 1961, she married Gene Stern of Johnstown, Nebraska. After their marriage, they lived in Ainsworth, Nebraska. Later, they moved to Johnstown, Nebraska and resided on a farm northeast of Johnstown. They farmed and raised many hogs. In May of 2005, she lost her husband Gene. Later, she moved to Winner, South Dakota. When she broke her hip, she moved into the Winner Regional Long Term Care Center and later to the Golden Prairie Manor, where she lived a couple of years. When her health failed, she moved back into the Winner Long Term Care Center for the last couple of weeks of her life. Preceding Carlean in death were her parents, Eddie and Alta (Burdick) Nordstrom; brothers, Edward and her twin, Carl, as well as her husband, Gene Stern. She leaves to mourn her passing, her younger brother, Robert Nordstrom, and her sister-in-law, (& niece, Barbara Norstrom) both of Winner, South Dakota; nieces and nephews, Cheril (Tom) Meiners and family, Roger and Leslie Nordstrom all of Winner, South Dakota; Raymond Nordstrom and family of Minnesota; Michell Herron and family, Tara (Cy) Grindle and family all of Kansas. Funeral Services were held on June 17, 2017 at Hoch Funeral Home in Ainsworth, Nebraska with Pastor David Randall officiating the service. Special CD selections of "Amazing Grace," "What a Friend We Have in Jesus," and "How Great Thou Art," were provided. Pallbearers were Tom Meiners, Dave Rogers, Lonnie Coleman, William Smith, Royce Greder, and Roger Nordstrom. Burial followed at the East Woodlawn Cemetery near Johnstown, Nebraska. Memorials were suggested to the family for a future designation.

Carlean Mae Stern was born a twin on March 30, 1937 to Eddie and Alta (Burdick) Nordstrom at Winner, South Dakota. She and her twin brother Carl, had an older brother, Edward, and a younger brother, Robert. She left to go to her heavenly home... View Obituary & Service Information

The family of Mrs. Carlean Mae (Nordstrom) Stern created this Life Tributes page to make it easy to share your memories.