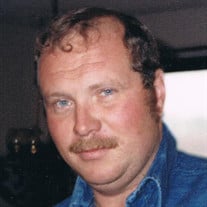 Billy Michael David was born September 26, 1955 to Lyle E. and Darlene V. (Vollbrecht) David at O’Neill, Nebraska and passed away February 26, 2020 in Bassett, Nebraska. Billy went to Chambers School and graduated in 1974. He farmed and ranched with his dad near Chambers, Nebraska and then in Burwell, Nebraska. In 2013, Billy moved to Bassett, Nebraska with his father. He enjoyed fishing, hunting and garage sales. He was preceded in death by his parents, Lyle and Darlene David; and a sister-in-law, Jayne David. Billy is survived by his brothers, Terry David of Ainsworth, Nebraska and Tim (Mary) David of Norfolk, Nebraska; uncle, Mike (Mary) Vollbrecht of Mesa, Arizona; aunt, Doris David of Ord, Nebraska; along with nieces, nephews and other family members. Funeral Services were held on Tuesday, March 3, 2020 at the United Methodist Church in Chambers with Reverend Brian Loy officiating at the service. The CD Music Selections of “Amazing Grace” by Alan Jackson and “Holes in the Floor of Heaven” by Steve Wariner were played. Casket bearers were: Rick Rowse, Phillip Rowse, Doug Rowse, Allen Rowse, Harold Larson, and Jason Bourquin. Burial was in the Chambers Cemetery under the direction of the Hoch Funeral Home of Ainsworth. Memorials were suggested to the family in his name.

The family of Billy M. David created this Life Tributes page to make it easy to share your memories.