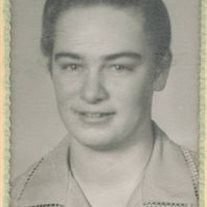 Barbara Kathleen (Appleman) Pedersen, 73, of Bassett, Nebraska, passed away Thursday, October 6th, 2016 at Faith Regional Hospital in Norfolk, Nebraska after a short illness. Barbara was born to Theodore and Marian (Feagin) Appleman at Ainsworth, Nebraska on June 26th, 1943. She attended rural school south of Wood Lake, Nebraska and also near Johnstown, Nebraska. She graduated from Ainsworth High School in 1963. Barbara married Harry Pedersen, December 28th, 1971 at her parents' home. She worked for Husker Archery in Bassett for 25 years, making bow strings by the thousands. After retirement from there, she was a homemaker. One of her specialties was apple/rhubarb pie. Barb gave her life to God at a young age and was faithful to that commitment until her death. Barbara is survived by her husband, Harry; four siblings, John (Verna) Appleman of Johnstown, Robert (Wilma) Appleman of Johnstown, Linda Black (Tom) of West Point, Nebraska and Wanda Major (Wayne) of Riverton, Wyoming. She also leaves many nieces and nephews whom she prized highly, including Harry's niece, Angela. She was preceded in death by her parents, two nieces and two great-nieces, a great-great-nephew, her parents-in-law, and one sister-in-law, Ella Mae. Barb will be remembered for her upbeat and friendly manner to all she met. Memorial Services were held at Hoch Funeral Home in Ainsworth with Stanley Morrison and Leslie Pountney officiating the service. Music was provided by Sharon Mulford. Congregational selections of "Life's Short Day" and "Time Is Passing" were sung. Inurnment followed at the Ainsworth Cemetery and the selection of "God In Heaven" followed. In lieu of flowers, memorials were suggested to the family in her name.

The family of Mrs. Barbara Kathleen (Appleman) Pedersen created this Life Tributes page to make it easy to share your memories.